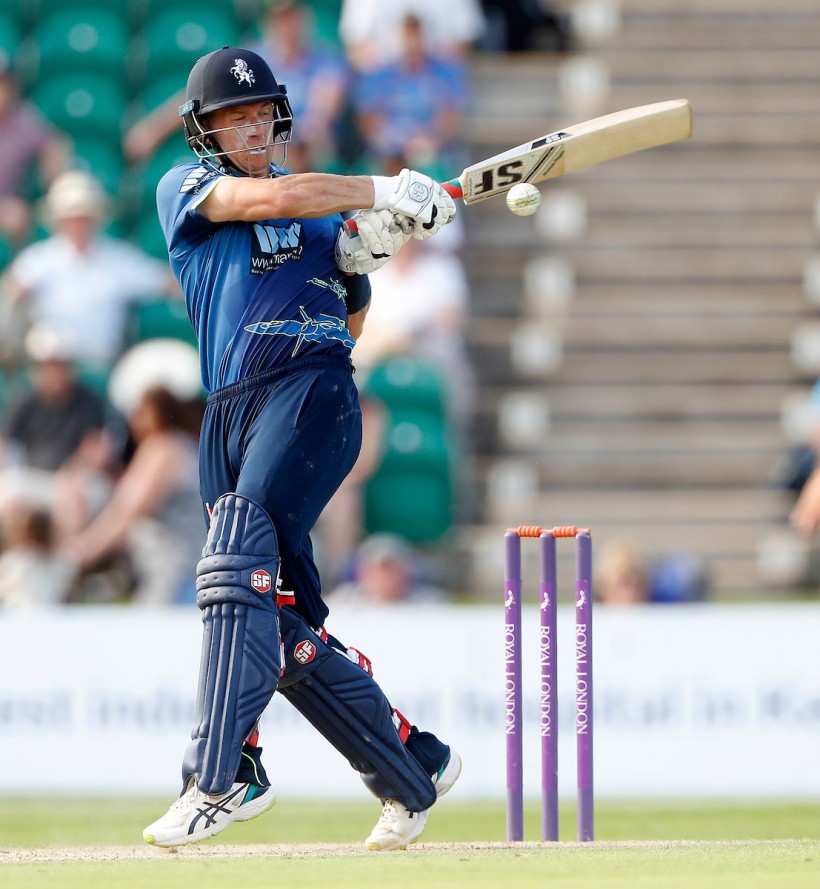 Kent’s Joe Denly reflected on the character and commitment showed in the field after a fourth Specsavers County Championship victory of the season at Tunbridge Wells.

The 32-year-old hit a half-century, hundred and took three vital wickets in six balls to seal a win against leaders Warwickshire in the final session at The Nevill Ground.

Kent closed the gap on top spot and boosted their promotion hopes with a 19-point win on Saturday before entertaining 2016 champions Middlesex on Monday afternoon.

Denly said: “It was certainly a hard-fought win coming off the back of a tough schedule. We’ve played some unbelievable cricket so far and the self-belief in our squad is amazing and I think we that showed again.

“We turned up not really knowing how we really stood in this game to be honest. They were one down with Ian Bell at the crease and with a very good batting line-up to follow him on a pretty flat deck.

“It took a lot of effort and commitment from our guys to run in all day. When you have a team with that level of commitment anything is possible.

“The key word is character, the character shown throughout our entire bowling unit here. There were some tough chances taken and a couple dropped, but the slip cordon and Adam Rouse behind the stumps have all been superb this year and have helped toward this win.”

Kent play Middlesex at The Spitfire Ground in a pink-ball match starting on Monday (25 June) starting at 2pm.