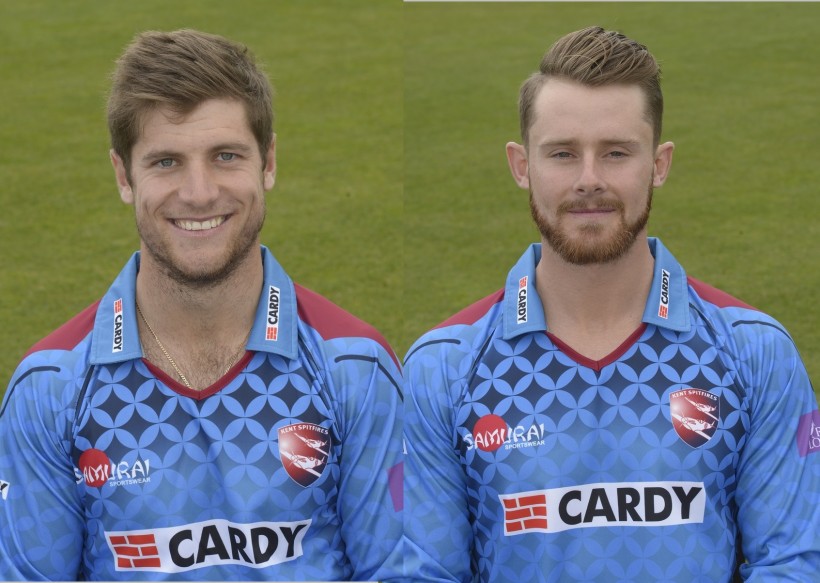 A century stand from Sean Dickson and Adam Rouse (pictured above) secured victory against a Club Cricket Conference XI at The County Ground, Beckenham.

Hartley broke a handy second-wicket stand after Hugh Bernard struck with the new ball in the fifth over.

Leg-spinner Gray, 17, excelled on his second XI debut – picking up three scalps thanks to a couple of excellent catches by skipper Adam Ball and another from Bernard.

The Folkestone teen has played in several Kent age group squads and worked closely with Min Patel, who is working with the second Xi squad following the departure of Simon Willis.

Academy wicketkeeper Oliver Robinson, another 17-year-old, and fellow scholar Ollie Hills, a 16-year-old left-arm seamer also made their bow for the second XI.

Hartley returned to take two more wickets and Sam Weller struck as Kent as the Conference middle order failed to capitalise on the strong start.

In reply, Kent lost opener Gerry Fatouros in the sixth over before partner Adam Ball scored 44 off 38 balls including seven boundaries.

Calum Haggett and Charlie Hartley has late cameos with the bat to seal a six-wicket win with more than 20 overs to spare.