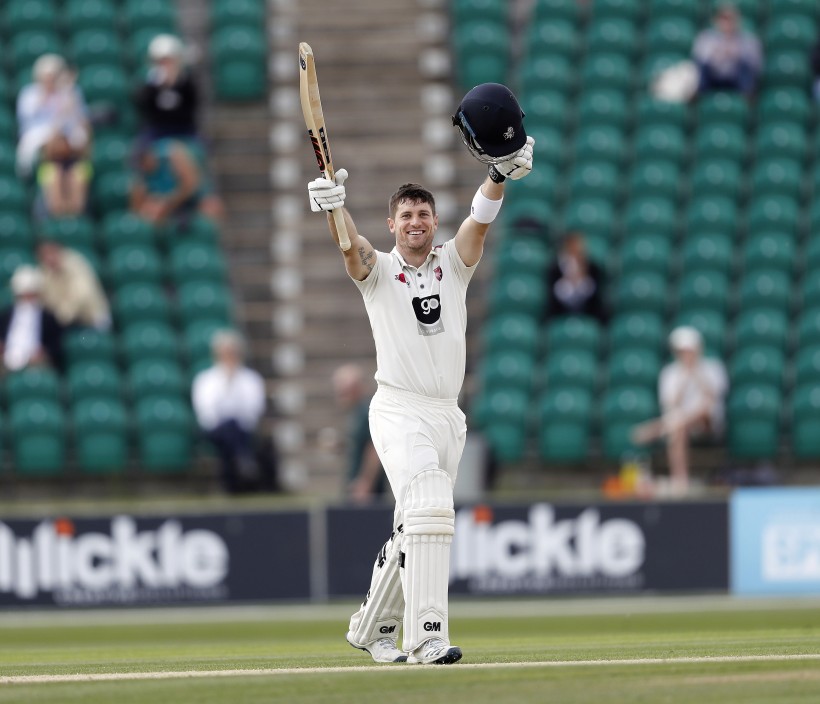 Opening batsman Sean Dickson scored a superb 128 with wickets falling around him as Kent were all out for 294 on Day Two against oldest rivals Surrey at The County Ground, Beckenham.

The 27-year-old South-Africa born player, who holds an English passport courtesy of his Kentish mother, dug in for five-and-a-half hours for 128 with 14 fours as the hosts conspired to lose their last nine wickets for 97 runs.

In the three overs through to stumps, Surrey reached 11 without loss in their second innings.

Requiring 289 runs to avoid the follow-on after Surrey posted 439 all out, Dickson and Zak Crawley contributed 128 either side of lunch – beating Kent’s previous best opening stand for 2019 of 82, scored at Edgbaston in April.

Crawley’s half-century came from 65 balls and with nine fours, while Dickson eased to the milestone from 85 balls and with eight boundaries. Their serene progress came to a halt half-an-hour after lunch when Crawley played across a full-length in-ducker from Rikki Clarke to lose his middle and off stumps.

Dickson joined forces with Daniel Bell-Drummond to add 69 inside 20 overs before Bell-Drummond chopped on when trying to cut a quicker delivery from Gareth Batty, Surrey’s wily, veteran off-spinner.

Soon after tea, Dickson shimmied down the pitch to straight drive Batty over long-off to post his first championship ton of the summer from 187 balls and with 12 fours.

Surrey wrestled the initiative back by taking four for 11 runs in the space of 33 balls, starting with two wickets in as many balls for Batty.

Heino Kuhn pushed well outside off to edge to the keeper than Ollie Robinson, fresh from last week’s century against Yorkshire, nicked his first delivery to slip.

Wiaan Mulder departed for seven on his Kent debut. Aiming to leg against Sam Curran, Mulder edged an off-stump delivery to fourth slip where Will Jacks, diving to his left, clung on to a fine left-handed catch.

Kent’s late afternoon wobble continued when Alex Blake to-ended an ambitious push drive against Rikki Clarke to pick out Jacks in the cordon, who this time pouched a right-handed catch down by his shin.

Darren Stevens added a dozen to the cause and saw Kent to a second batting bonus point before playing across a straight one from Clarke to go leg before.

Curran’s loosener with the second new ball then accounted for Dickson who edged an attempted leg-glance to Ben Foakes and end his 237-ball vigil.

With the follow-on just avoided, Matt Milnes drove loosely at Curran to be caught at slip then Harry Podmore turned a short one from Morkel to short leg as Kent, for the second week running, missed out on a batting point by single digits.

At the start of day two Surrey added 19 to their overnight score, only one of which went to Clarke who edges to slip when 12 runs short of a century.

Podmore finished with two for 79 and Mulder, on his championship debut, picked up four for 118 as Surrey collected maximum batting bonus points.

Dickson, Kent’s century-maker, said: “That hundred means a hell of a lot because I’ve not had the greatest of starts to the season. I’ve got myself in along the way a few times, against Somerset and Warwickshire, but without cashing in. I knew I would kick-on eventually.

“My 300 here a couple of years ago was in the back of my mind but it felt good to get to three figures against a fine Surrey bowling attack today and maybe set myself up for the season.

“I didn’t give any chances but I still felt it was a slightly scratchy hundred. I felt under the pump the whole day and all credit to Surrey’s bowlers for keeping the pressure up on what is a flatter wicket than day one. The fact that we lost eight wickets in a session speaks for itself, so I’d put my century down as one of my toughest ever.

“Going into day three, if we get five wickets in a session we can still win this game. We must still believe that and our bowlers must look at their attack and how Surrey bowled, they were relentless. If we can take that attitude into tomorrow then you never know.” 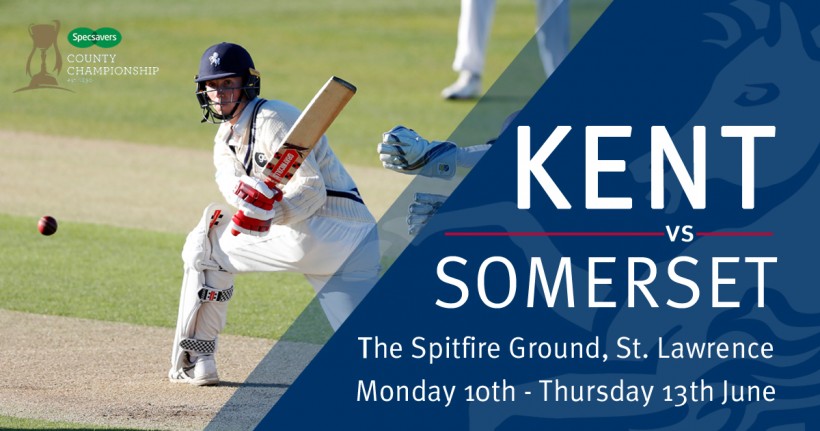