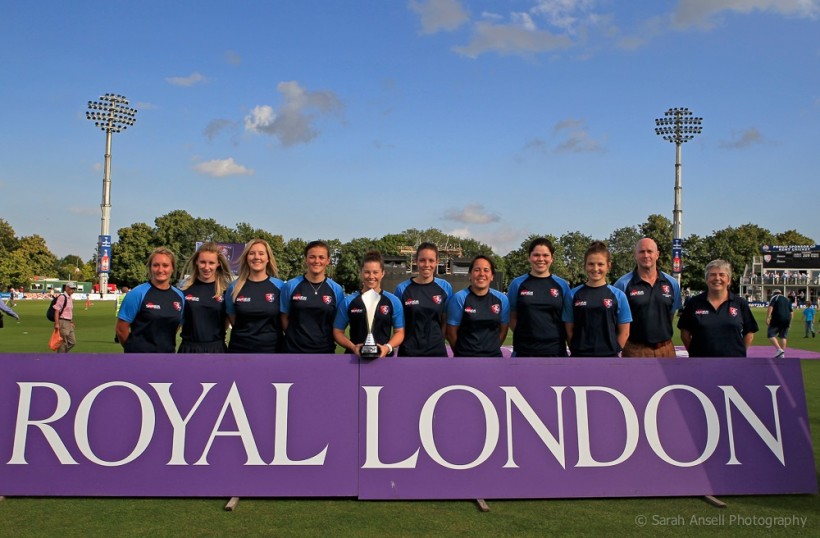 Several of Kent Women's Cricket Team will hope to be involved as England travel to New Zealand this winter.

The national side will play three ODIs on February 11, 13 and 15 at the Bay Oval in Mount Maunganui, England’s second round of matches in the new ICC Women’s Championship.

The two sides will subsequently travel to Whangarei to play back-to-back T20Is at the Cobham Oval on February 19 and 20, before finishing the 26-day tour with the third T20I and two remaining ODIs on February 24, 26 and 28 at the Bert Sutcliffe Oval in Lincoln.

ECB Head of England Women’s Cricket Clare Connor said: “It's fantastic to be able to announce our winter schedule on the back of an exciting first round of the ICC Women's Championship here against India.

“Every bilateral ODI series now carries even more weight for the top eight international women's teams as they strive towards qualification for the ICC Women's World Cup in England in 2017.

“The three T20Is in the middle of the tour present another valuable opportunity for the players to challenge their skills on the international stage in the build-up to the 2016 ICC World Twenty20 in India, and also the multi-format Women’s Ashes in England next summer.”

Kent lose 50-over warm-up against New Zealand A

In conversation with Rob Key