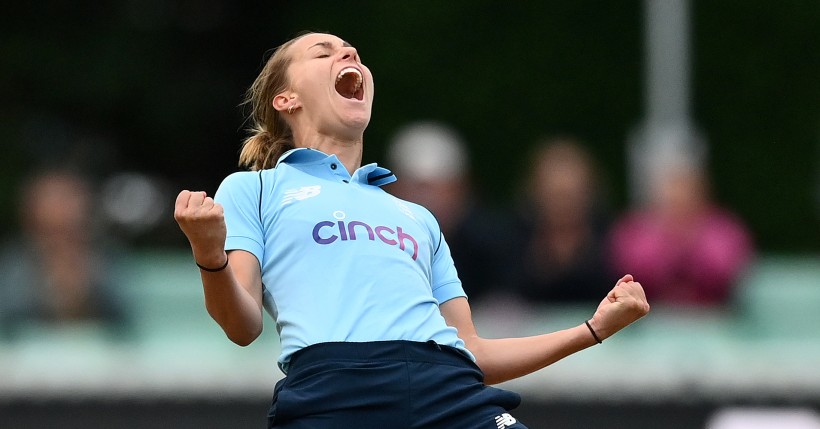 Kent & South East Stars seamer Tash Farrant has been awarded an England Women Central Contract ahead of the 2022 season.

Kent Women’s Vice Captain enjoyed a successful 2021 season, that saw the left-armer return to both England’s IT20 and ODI squads, as well as being a vital part of Oval Invincibles’ success in the inaugural edition of The Hundred.

The 25-year-old won the Vitality Women’s County T20 South East Group captaining ‘The Horses’ early in the 2021 season – a platform that also saw her go on to be a part of England’s WODI & IT20 series wins against New Zealand alongside winning The Hundred.

She was also a part of the South East Stars side that won the inaugural Charlotte Edwards Cup, England’s regional women’s T20 competition.

In 24 matches in 2021, Farrant took 42 wickets at an average of only 14.11, including hauls of 5-33 for South East Stars versus Sunrisers in the Rachael Heyhoe Flint Trophy and 4-10 for the Oval Invincibles against Birmingham Phoenix.

On being given a central contract, Farrant said: “I’m really pleased to have been awarded a central contract – I’ve worked hard to continue to improve my game and been lucky to have an amazing support network; especially Scott Boswell, Lydia Greenway and everyone at South East Stars around me to help get me to this point.

“This now means I’m in a position to work and train even harder with the team as we head into an Ashes & World Cup year.”

South East Stars’ Director of Regional Women’s Cricket, Richard Bedbrook, said: “Everyone at the South East Stars is delighted to hear the news that Tash has become the newest recipient of an England central contract.

“In the two years of being with the Stars, Tash has influenced the environment significantly with her competitive spirit, high standards and genuine care for her teammates and support staff.

“We felt it was only a matter of time before international honours resumed for Tash and being that she has been a part of each England series in 2021, we are proud for her now to move back into an England contract and continue to make an impact on the England team and performances in the future.

“We wish her all the very best and she knows she will always have a Regional home with the Stars.”

Kent Women Head Coach, Dave Hathrill said: “Tash has really made a name for herself across a variety of formats this Summer, and a Central Contract is a just reward.

“Although she has the majority of her career ahead of her, she is a leading figure for Kent Women and we’re looking forward to seeing her progress further whilst also wearing the White Horse.”

Billings returns to Sydney with Thunder