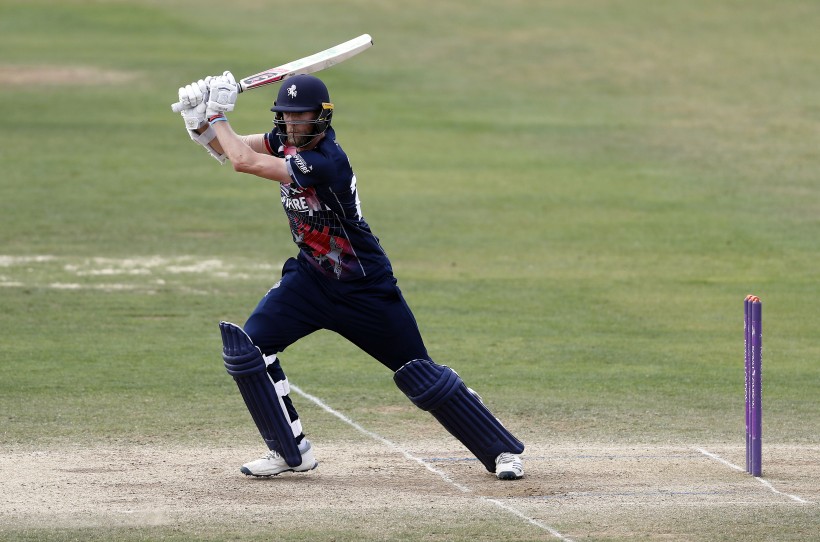 A 31-ball half century by Alex Blake saw Kent Second X1 to an eight wicket victory over Sussex in the first of two T20 matches played at The County Ground, Beckenham on Thursday.

Blake hit 51, with five fours and one six, as Kent chased down 127 for 2 in 11.5 overs in a match reduced to 13 overs a side, after early morning rain had meant a delayed start due to a wet outfield.

Kent included a number of first team players, amongst them their three overseas stars, in the sides as a warm-up for their first match of the main T20 competition against Somerset at the Spitfire St Lawrence ground on Saturday.

Sussex had intended to take the same approach but decided against it just before the start because of the damp conditions.

Sussex scored 122 for 5 from their 13 overs with Harry Finch hitting 48. Imran Qayyum took 2 for 12 and Hardus Viljoen 1 for 30. Daniel Bell-Drummond, captaining the Kent side, scored 35 and Blake was not out at the end of the innings along with overseas star Mohammad Nabi who thrashed 22 off seven deliveries with three sixes.

In the second match, played over the full 20 overs a side, Sussex ran out winners by four wickets.

Kent struggled to get their innings going and could only muster 140  for 7 , Zak Crawley 40 and Jordan Cox 30 top scoring. Sussex had nine deliveries to spare as they reached their winning target of 141 for 6, Adam Milne 2 for 17, Calum Haggett 2 for 16.

One of the umpires in the matches was former Kent and England spin bowler James Tredwell, who is on the National Umpires list this season and will be hoping to progress to the full ECB panel. He is currently able to stand in Second XI and Minor Counties cricket.

Kent Second XI make the long trip to Wales next week  for  two T20 matches against Glamorgan at Newport on Monday, followed by a three-day Championship fixture starting on Tuesday.