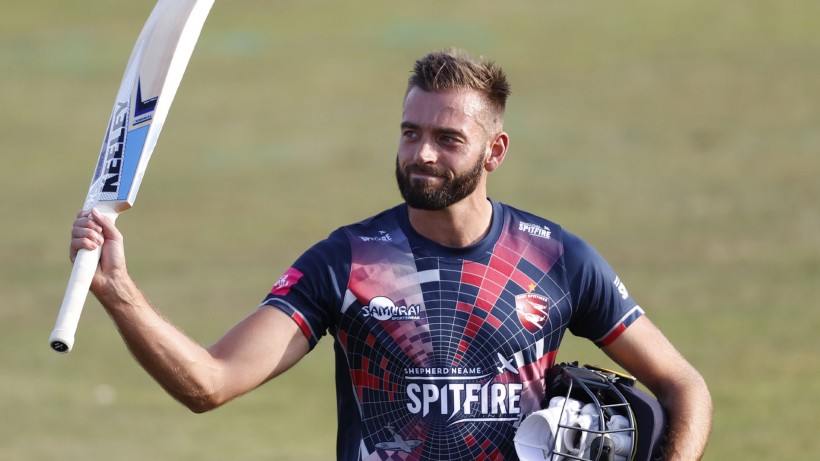 Kent’s final T20 preparation before the beginning of the Vitality Blast came with the visit of a Surrey Second XI stacked with first team players to Polo Farm, Canterbury.

Set a challenging total of 221 for victory, Kent’s Second XI lost to Surrey by 16 runs in their South Group T20 match.

Jack Leaning scored 73 for the home side, with nine fours and a six but Kent were left needing an almost impossible 24 runs off the last over of the match and ended their innings on 204 for 7.

The top three Kent batsman Tawanda Muyeye, Daniel Bell-Drummond and Jordan Cox were all out in the mid-twenties in their early efforts to beat Surrey’s big score of 220 for 5.

The visitors were indebted to wicket-keeper Jamie Smith, who opened the innings and scored a brilliant not out 132 with 14 fours and seven sixes off just 63 balls, after the visitors had won the toss. Harry Podmore took 2 for 34 and former Yorkshire bowler James Logan 2 for 41.

Kent Second XI’s next match is on Thursday, June 10 when Essex will be the visitors to Polo Farm for a South Group T20 game, which will be played behind closed doors with COVID-restrictions still in place and no Members or supporters allowed to attend.