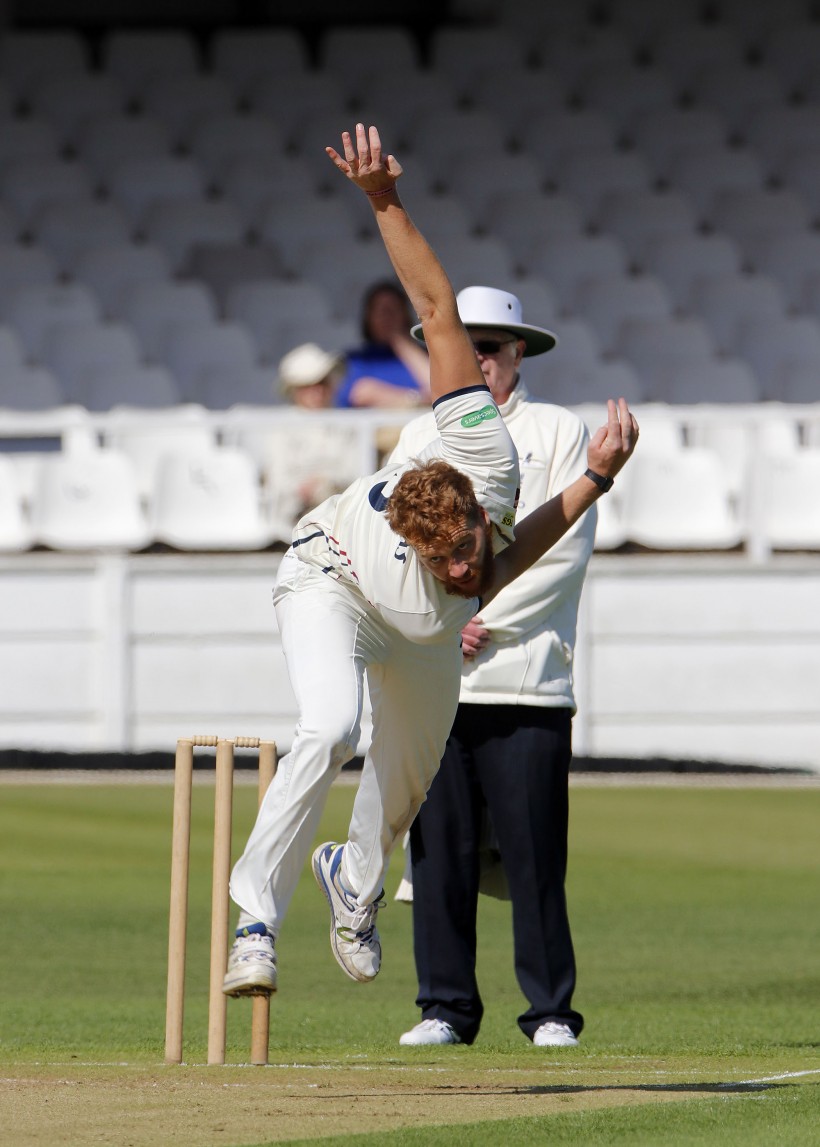 Greenwich-born fast bowler Ivan Thomas is a man on a mission after injury and illness interrupted his last two seasons, writes Peter Burrowes.

The Kent Cricket Academy graduate impressed in pre-season, taking 4/69 in a friendly against Surrey after a busy winter overseas after overcoming a back injury and heart problems.

Click here to buy tickets to save £5 on gate prices

After two years of frustration, Ivan is now relishing the challenge ahead and was selected in the 13-man squad to take on Gloucestershire in the opening Specsavers County Championship match of 2018.

Thomas said: “I have been around the club for a long time and I now need to really show what I am capable of.”

Ivan says he is feeling fitter and faster than at any time in his career and puts a lot of his new found confidence down to the influence of Kent’s assistant coach Allan Donald who was one of the world’s top fast bowlers in his glittering career with South Africa.

Along with Calum Haggett, the 26-year-old spent most of the winter under the South African sun being coached and mentored by the Proteas Test paceman.

Kent’s number 5: “He has been a tremendous help to me in improving my bowling, advising me on where I need to improve and giving me a new-found belief in myself.

“I feel I have also added a bit more pace to my bowling and want to take plenty of wickets, stay fit, and make my mark in the team. It was a massive learning curb for me.”

Ivan, who made his debut for Kent six years ago, has best Championship bowling figures of 4 for 48 against Leicestershire in 2015 and wants to improve on that haul this time around.

“Last season was a bit of a disaster for me. I had a couple of niggling injuries and had to have minor surgery for an irregular heartbeat after a routine screening.

“Thankfully that is all behind me now and I am raring to go. I have now reached an age where I should be performing at a consistently high level.”

He feels the club is going in the right direction and says there is a tremendous atmosphere about the place and a togetherness within the squad.

If he is not on first team duty, Ivan intends to play for his local club Blackheath in the Shepherd Neame Kent Cricket League and enjoy the rivalry teammates Adam Riley at Bexley and Alex Blake and Ollie Robinson at Beckenham.

Become a Member in 2018 to see Kent, Pakistan and women’s world champions England

Gidman: We need to be better