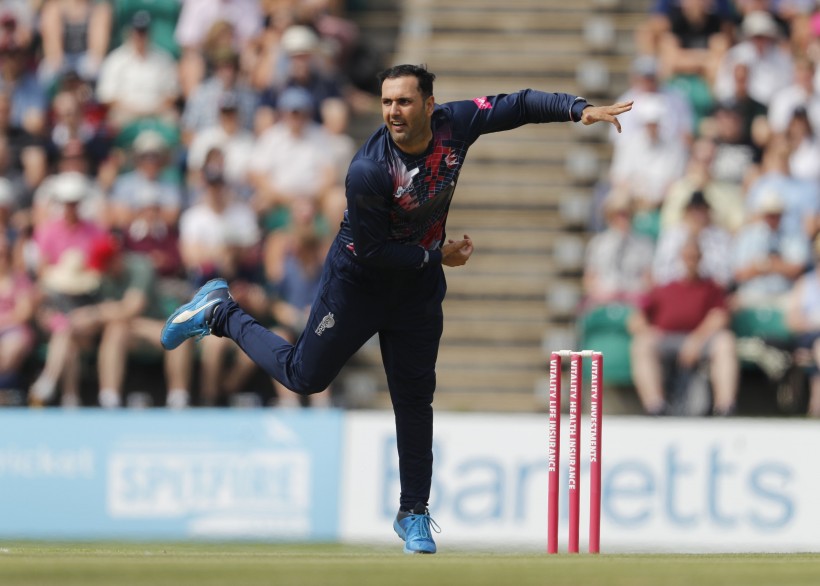 Kent Spitfires suffered a jolt to their excellent start in the Vitality Blast South Group with a five-wicket defeat by Gloucestershire at the Bristol County Ground.

The visitors posted only 125 for eight after losing the toss on a slow and difficult pitch for batting; Daniel Bell-Drummond contributing almost half the runs with 62 from 56 balls.

In reply, Gloucestershire reached 131 for five, winning with 7 balls to spare, Jack Taylor (19 not out) and Benny Howell (25 not out) seeing them home. Fred Klaason claimed two for 15 and Hardus Viljoen two for 30.

Kent scored only 33 from their six-over power-play, losing Zak Crawley for a first ball duck, caught at mid-wicket off the fifth delivery of the match from Payne and Ollie Robinson, who holed out to deep mid-wicket in the fourth over, bowled by Liddle.

Several other balls in the air just eluded fielders as the Spitfires batsmen, Bell-Drummond apart, struggled to come to terms with deliveries sticking in the pitch.

Gloucestershire employed their familiar tactics of taking pace off the ball in the middle overs through seamer Benny Howell’s bag of tricks and the left-arm spin of Tom Smith. Together they ensured the halfway point was reached with Kent becalmed on 51 for two.

Heino Kuhn broke the shackles with a swept six off Smith. But when he attempted to hit Howell over wide long-on he only found the safe hands of Andrew Tye and departed for 23.

Mohammad Nabi, on three, was next to loft a catch, Michael Klinger brilliantly accepting the chance off Liddle, running away from the pitch as the skied ball came over his shoulder at mid-wicket.

Gloucestershire’s excellent fielding continued when Jack Taylor ran out Alex Blake for two with a direct hit sprinting in from deep cover as the batsmen attempted a second run.

Soon, Gloucestershire’s batsmen were having their own problems with the pitch, Miles Hammond (19) and Klinger, who could make only five, falling attempting boundaries in the power-play, which ended at 42 for two.

There was no pressure to play big shots. But James Bracey perished to one, caught at cover for 22 off Nabi, who came on for the seventh over.

At 58 for three in the ninth over, Gloucestershire had to exercise a degree of caution. That became even more the case when Ian Cockbain, on 15, picked out cover with a mistimed shot off Fred Klaason to make it 73 for four.

Ryan Higgins lofted only the game’s second six over deep square off Hardus Viljoen and Taylor followed suit with a big hit over cow corner from Nabi’s last ball, which saw him finish with one for 26.

Higgins then drove a catch to mid-off to give Viljoen his second wicket. But Kent simply did not have enough runs to defend and three Howell boundaries in succession off the 17th over, sent down by Milne, ended any doubt about the outcome.

Howell then ended the game with a six and claimed the player-of-the-match award.

Kent assistant coach Allan Donald said: “No complaints. We knew what to expect from conditions tonight and were not good enough.

“When you come to Bristol you expect a used pitch, which suits their bowling attack. They take pace off the ball for pretty much 20 overs and are very good at it.

“When Heino Kuhn came off after batting he said the pitch was denting and the ball was sitting up a bit. We needed to scramble to around 140. That would have been a challenge for Gloucestershire.

“There are no excuses. Daniel Bell-Drummond showed that if you stuck around and applied yourself it was possible to rotate the strike.

“We lost too many wickets too frequently and 125, for all the efforts of our bowlers, was not enough.”

Donald to leave at the end of the season