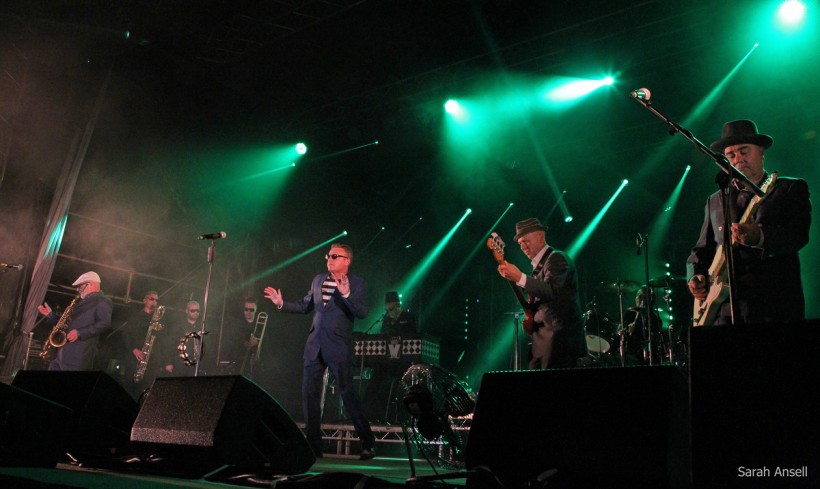 More than 12,500 people attended the Grandslam Madness concert at The Spitfire Ground, St Lawrence on Friday.

The concert was part of a 21-date tour by the band which visited cricket, football and rugby grounds as well as racecourses and Silverstone motor racing circuit.

The six-piece band, led by Whitstable resident Suggs, entertained the crowd with their popular catalogue of hits.

Kent Cricket CEO Jamie Clifford said: “It was wonderful to see so many people having a great time at The Spitfire Ground, St Lawrence on Friday evening. With no major music festivals in the district this summer, it was a super occasion.

“We are first and foremost a cricket club but we have facilities to cater for events year-round and hope that the ground is seen as a major asset to Canterbury and East Kent.”

Groundstaff managed to clear the outfield in time for Kent’s LV= County Championship match against Gloucestershire on Monday.

The next event at the ground is the Fireworks Extravaganza on Thursday 5 November.