After a county career spanning three decades, Tim Groenewald is retiring from professional cricket at the age of 37.

The right-arm seamer made his first-class debut for Warwickshire as a 22-year-old in 2006, and has gone on to make 362 professional appearances across all formats, with stints also at Derbyshire, Somerset and Kent.

An extremely effective seam bowler with lower-order power-hitting ability with the bat, Groenewald has 625 professional wickets to his name including 16 five-wicket hauls, as well as scoring over 3,000 career runs with a strike rate of 124.53 in T20s.

For Kent, Groenewald played nine matches for the county after joining ahead of the 2020 season, taking seven wickets. His best figures of 2-31 came in a Vitality Blast oldest rivalry clash with Surrey at The Spitfire Ground, St Lawrence in September 2020.

On retiring from the game, Groenewald said: “I feel privileged to have played professional cricket for 16 years, I will always be extremely grateful to the clubs I’ve represented and the opportunities they have afforded me.

“I’ve made some lifelong friends and memories along the way and will cherish those forever.

“I required knee surgery in April and despite amazing support from the medical team at Kent and giving it every chance, I haven’t recovered well enough to return to playing.”

Kent’s Director of Cricket, Paul Downton, said: “Tim has enjoyed a long and successful career in first-class cricket playing for a number of counties and winning several titles. He has been a great role model for any young player in the way that he has conducted himself both on and off the pitch.

“’TG’ will be missed in the dressing room here at Kent – he has been a popular and highly respected figure within the squad and a particularly valuable source of knowledge and experience for our young bowlers.

“I am pleased to say that Tim will stay with us until the end of the season in a coaching capacity.

“On behalf of everyone at the Club I’d like to wish Tim the very best in the next chapter of his career, and he will always be welcome back at Kent Cricket.” 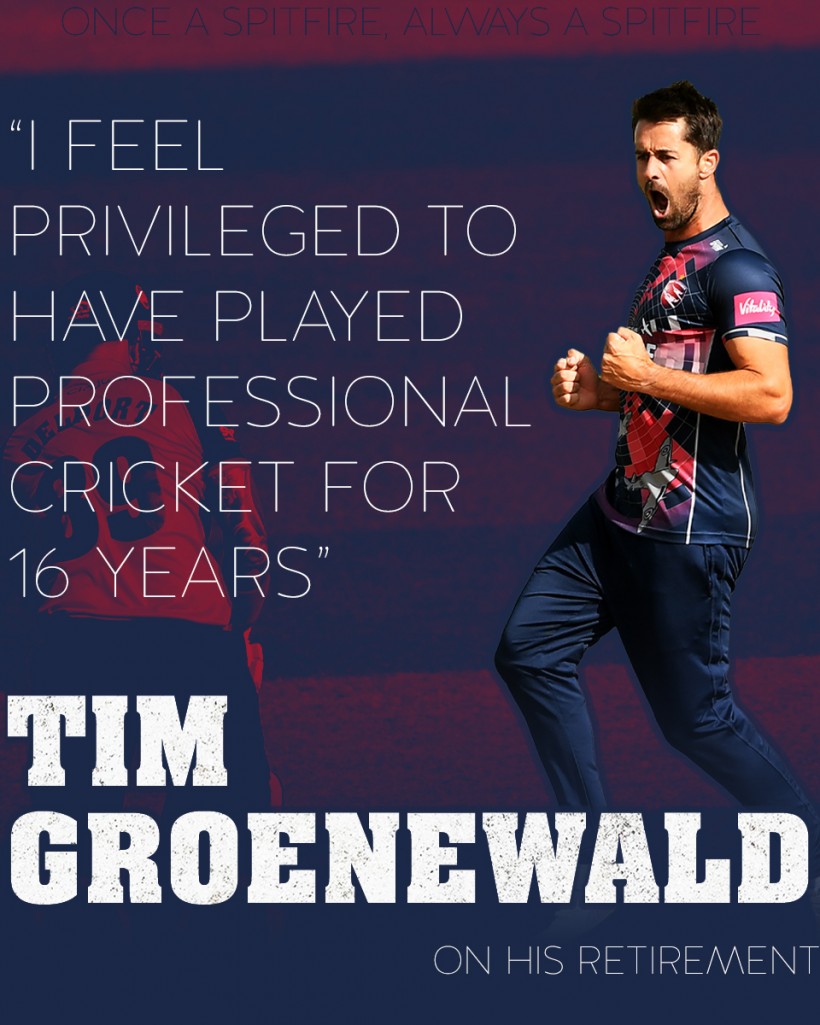