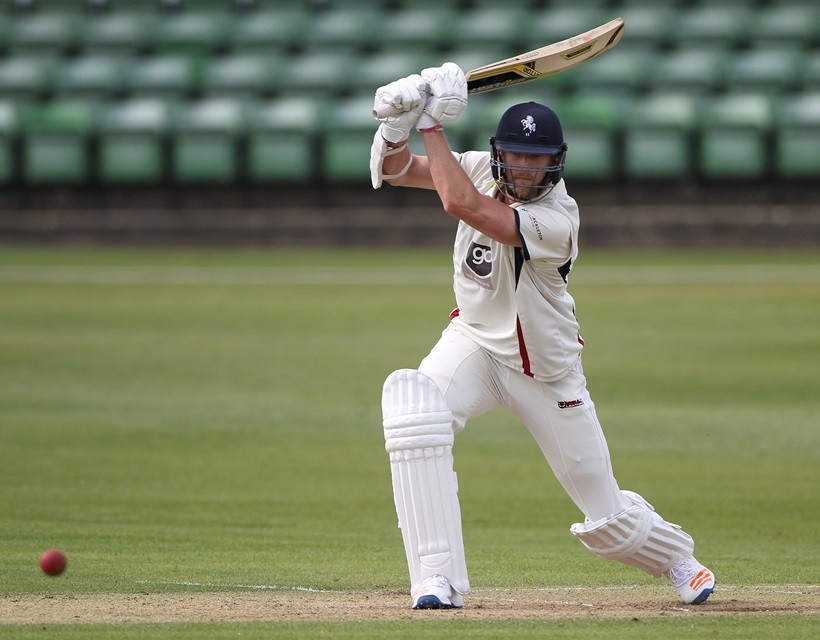 The 27-year-old smashed the second 50 off just 22 balls before grabbing a wicket before the close as the visitors extended their lead to 139.

Haggett hit eleven fours and five sixes as wickets fell at the other end, adding 57 for the final wicket with Ivan Thomas (1*) before being run out.

It was a good workout for the bowlers in docile batting conditions. Warwickshire won the toss and Scottish opener Andy Umeed (85) and England Under-19 international Liam Banks (80) put on 165 for the first wicket.

Several batsmen got starts but Alex Thomson was the only other player to pass 50 with Ivan Thomas the pick of the attack with 2/25 off 10 overs.

Imran Qayyum also claimed a pair of wickets with one each for Haggett and Adam Riley as the visitors were dismissed early on day two for 340.