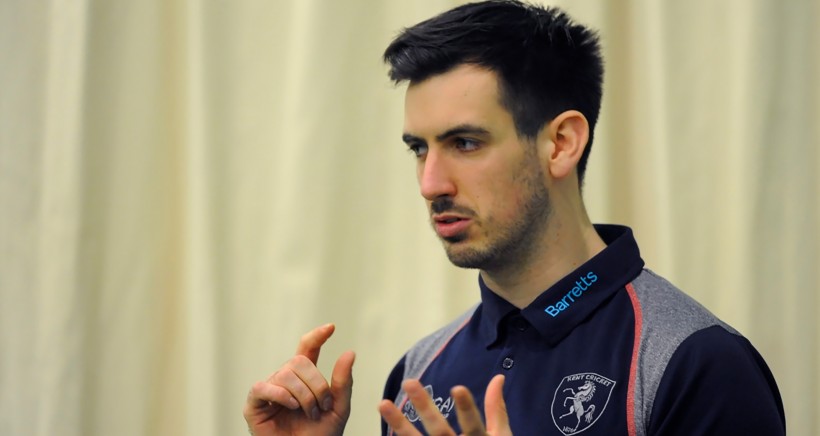 Kent Cricket is delighted to announce that David Hathrill has been appointed as the Head Coach to the Kent Women, last year’s Royal London Women’s County Championship winners, going into the 2020 season.

The 23-year-old has been involved with Kent for the past two seasons, and has worked at all stages of the girls’ pathway in this time at the club, including assisting former Lead Coach Mark Dekker with the championship winning Women’s Squad in 2019. Dekker will continue working with the county’s boys’ pathway.

A young and ambitious coach, Bexley-born Hathrill has been with Kent Cricket since the summer of 2018, leading the U13 Girls and now taking on the U17 Girls Age Group Squad.

In addition, he has played a big role within his native Bexley Area Programme, and has set up a joint coaching business with a specific focus on girls’ development.

Hathrill has also taken a role within Kent Cricket, managing the ECB Female Cluster Club programme in the county: a programme designed to create cricket networks of support to enable the growth of female cricket clubs.

He will begin his new role when the Kent Women’s squad starts its winter training schedule at the end of this month, earlier than previous seasons.

Speaking about his new role, Hathrill said: “I’m delighted to have the opportunity to lead Kent Women into the 2020 season, with exciting new opportunities for the women’s game coming in the new year.

“To work with a squad that were crowned County Champions in 2019 is a fantastic opportunity for me to work alongside one of the best women’s teams in the country, as well as laying down new foundations to keep Kent at the forefront of the game.”

Kent Cricket’s Director of Cricket, Paul Downton, said: “We’re really pleased to be able to appoint a Head Coach that has already been a part of our successful women’s programme for the past two years.

“David is a young and talented coach with experience of working with all stages of the women’s player pathway, as well as the drive and ambition to make waves in women’s cricket at this level.

“I’d also like to thank Mark Dekker for his work with Kent Women this year, bringing the County Championship trophy back to the county and setting us in good stead for the future.”

Enjoy FREE ENTRY to all Kent Women home matches by becoming a Kent member for 2020, the club’s 150th Year

ADR signs up for The Hundred