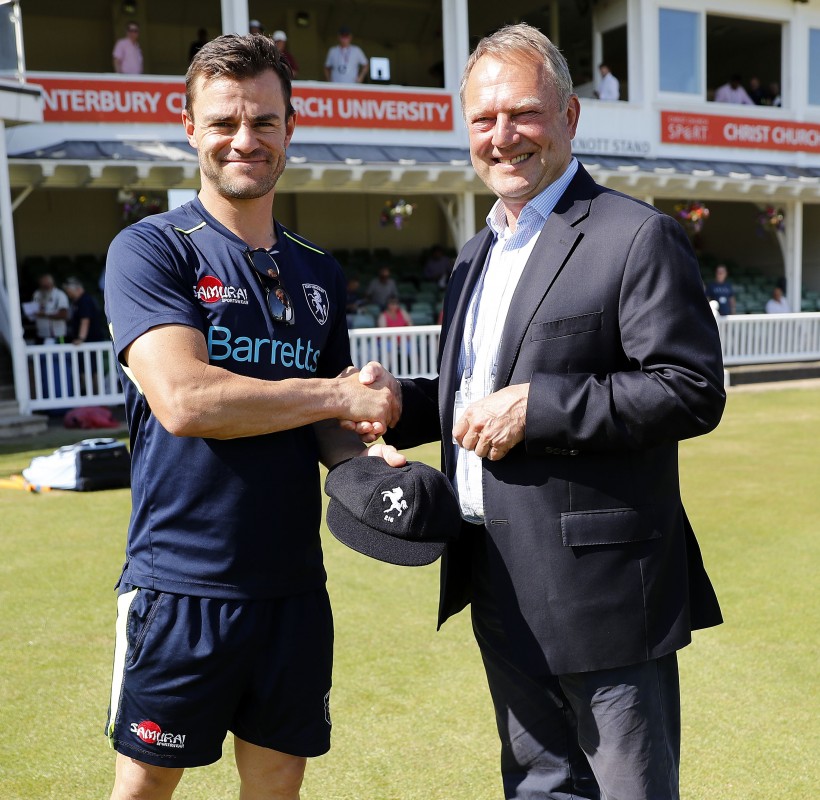 South African batsman Heino Kuhn has been unveiled as interim captain of Kent Cricket, whilst the appointed captain Sam Billings and vice-captain Joe Denly are away at the Indian Premier League (IPL) until 5th May.

Kuhn, who averaged 87.00 in the Royal London One Day Cup, 33.91 in the Specsavers County Championship and 31.00 in the Vitality Blast last season, came to the county at the start of last year to bring experience to the club’s batting unit.

The 34-year-old, who has played four Tests for South Africa before joining Kent on an initial 2 year deal, was awarded a county cap in 2018 for his fine form with the bat and in the field, and has cemented himself as a key member of the playing squad.

During his first season at the club, Kuhn signed a two-year contract extension until the end of the 2021 season.

The right-handed batsman has won domestic one-day and four-day titles in his career in South Africa for Northerns as well as three successive South African T20 titles with Titans.

Kent Cricket’s Director of Cricket, Paul Downton, said: “Heino settled in brilliantly last season and gained the respect of everyone in the dressing room.

“When approached about this opportunity he jumped at the chance.

“Heino is honoured and delighted to be able to captain the side for this short period and we cannot wait to get going in the new season.”