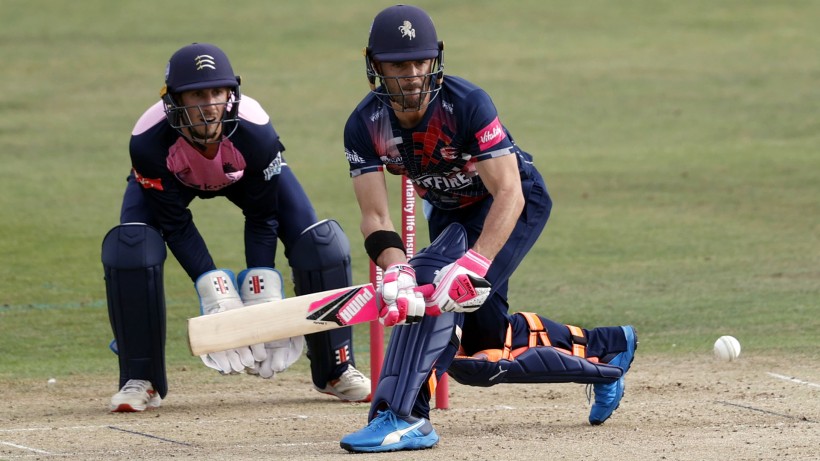 After four seasons at Kent Cricket, the Club can confirm that Heino Kuhn has left the county.

The 37-year-old joined Kent ahead of the 2018 season, and was awarded his county cap in June of that year after scoring over 1,000 runs in just three months, including four List A centuries as the Spitfires earned a Lord’s final berth in what was then the Royal London One-Day Cup.

Overall, the right-hander made 92 appearances for Kent across all formats, scoring 3503 runs at an average of 35.38 and scoring seven hundreds. His top-score in county cricket of 140 came in 2020’s Bob Willis Trophy against Essex.

Known as a prolific outfielder, Kuhn took 73 catches for the county, winning the Alan Ealham Cup for Kent’s Men’s Fielder of the Year in both the 2018 and 2019 seasons.

On leaving Kent, Kuhn said: “To all the Members, supporters, staff and players – thank you for making these last four years an amazing experience for my family and I.

“You made us feel welcome, and at home, from ‘day one’. When playing for Kent, you never feel like it’s a job, or effort, but more like a day out with friends.

“I know there are a lot more trophies on the way for Kent in the near future.”

Kent’s Head Coach, Matt Walker, said: “Since 2018, Heino has contributed massively on and off the field, which has gone a long way to helping us become the squad we are today.

“He’s one of the finest professionals I’ve ever had the pleasure of coaching – totally selfless and always willing to put the team first.

“His one-day campaign of 2018 was extraordinary, and showed what a tremendous cricketer he is.

“We all wish him and his family all the very best in the next step of his career.” 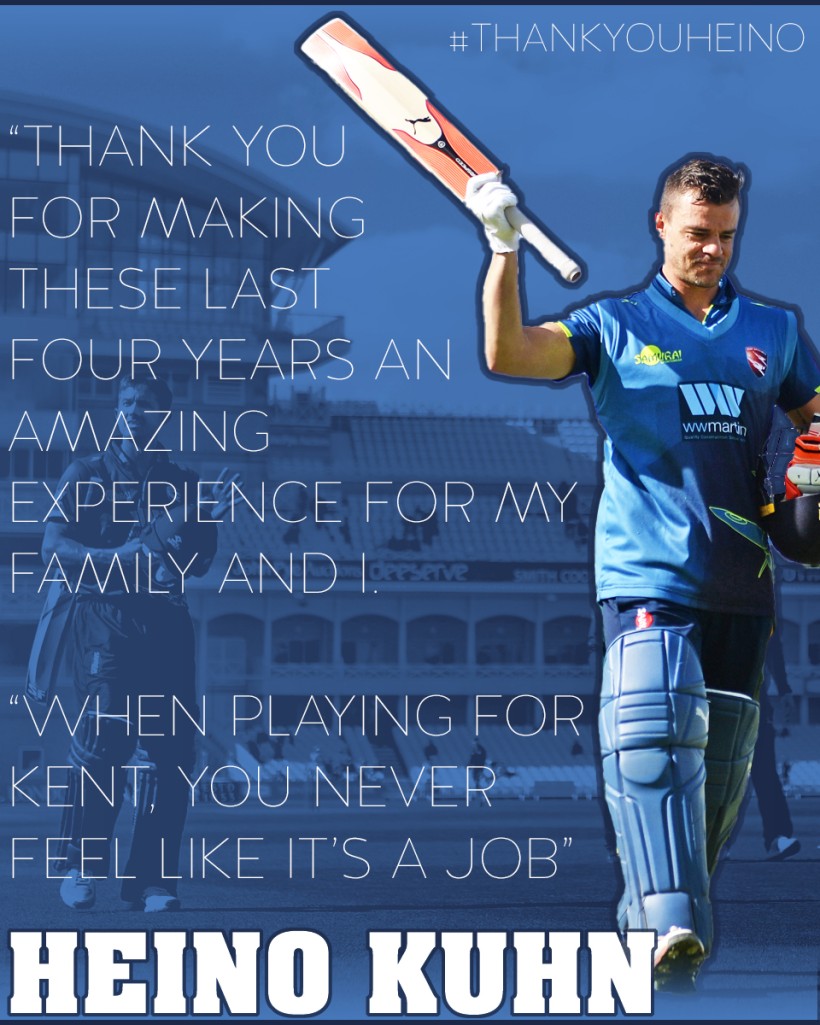 Stevens named in PCA Men’s Team of the Year