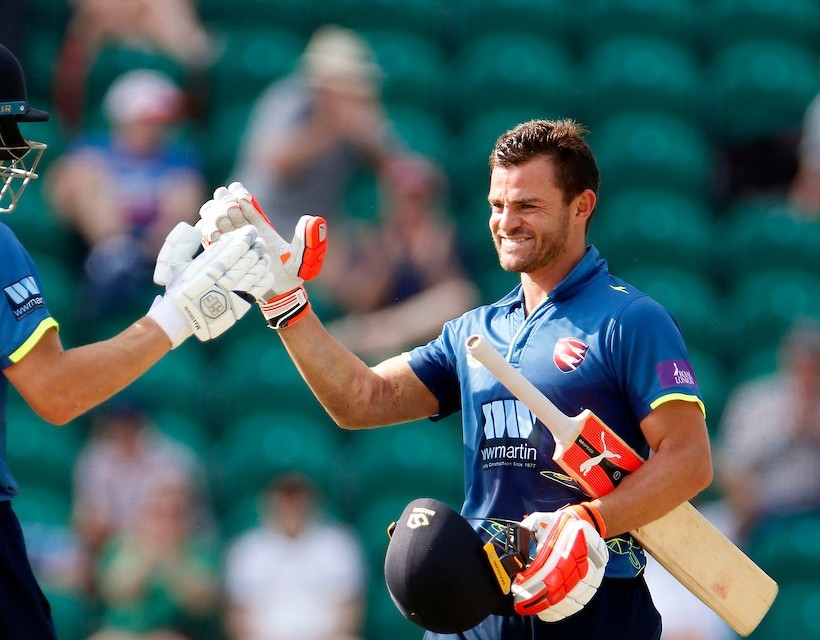 South African batsman Heino Kuhn has signed a contract extension after a stellar start to his Kent career.

The former Test and T20 international has scored just shy of 1,300 runs at an average of almost 60 across all formats since his arrival.

Click here to book tickets to see Heino in action >

His record-breaking run of four centuries in five matches helped Kent Spitfires reach their first Lord’s final in a decade and has proved a consummate performer in first class and T20 cricket too.

The right-hander was rewarded with his county cap in June and was delighted to extend his stay at the club.

Kent’s new number 4 said: “It’s been a good few months and everyone has been so welcoming since we arrived in Kent.

“I took the move in my stride and I’m a positive person but it’s gone even better than I expected.

“I know I can play and I’m happy it’s gone so well. It’s a great feeling to have so much support.

“My approach doesn’t change between the three formats. In Championship cricket, I leave and defend a bit more but if the ball’s there to hit, I will.

The softly-spoken South African has settled into the Garden of England nicely both on and off the pitch.

Kuhn said: “There’s a great vibe in the dressing room and the guys are like a family: playing together for each other and enjoying each other’s company.

“I enjoy my golf and it’s great that there are a few golfers in the squad. Canterbury’s a beautiful place with so much culture and history so I often just go out for a walk with my wife and discover new places.

“The beaches are nice too and it’s a lovely part of the world to explore. The parks and the pubs are nice and the people we’ve met are all so friendly.”

The right-hander was rewarded with his county cap in June and was delighted to extend his stay at the club.

He joins skipper Sam Billings and vice-captain Joe Denly in committing his future to the club.

Click here to book tickets to see Heino in action >

Familiar faces in Surrey side

A point each as rain cuts Oldest Rivalry short