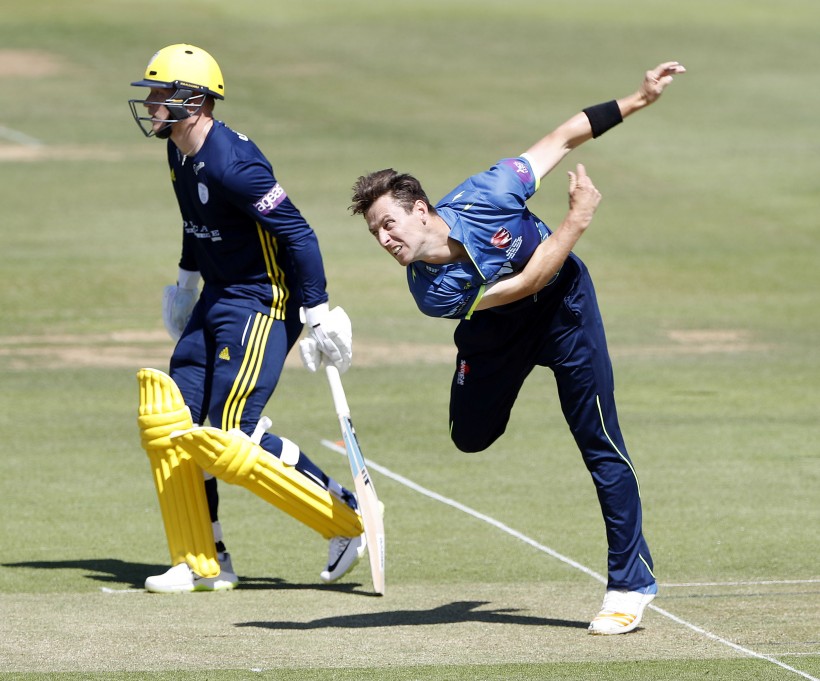 Paceman Matt Henry is winging his way home to New Zealand after a superb spell at Kent.

The 26-year-old New Zealand seamer took 65 wickets in all competitions, including 49 wickets in just six Specsavers County Championship matches and 16 in the run to the Royal London One-Day Cup final.

Henry averaged 13.4 with the ball while claiming a scalp every 27.1 deliveries in first class cricket. Nearly a quarter of his overs resulted in maidens.

He took four five-wicket hauls in 12 innings, while also claiming 10 wickets for the match on two occasions and earning his county cap.

The typically self-effacing Henry said: “I don’t think you ever expect stuff like that.

“It’s obviously really nice to hear those numbers but at the end of the day the main thing is we’re playing winning cricket.

“The guys have been loving our cricket, enjoying our time here, and it’s resulted in us making a final. So it’s great to have that personal success at the start, it’s a good feeling.”

Henry was pleased to gain some valuable match practice and push his claims for a place in the Black Caps side.

“It’s all good and well doing lots of training and bits and pieces, but to come over here and have the opportunity to play cricket with red ball and white ball, it’s been really exciting.”

“The time we had penciled in for our time off, for a break between the four day stuff, was around not playing quarterfinals and semis [in the one day competition].

“It was fantastic to play those quarters and semis and get through to the final, but obviously it made the schedule nice and tight.”

Henry has particularly enjoyed playing with the Duke ball in the County Championship.

“It is different. It swings for a little bit longer and I think on these surfaces here, they have been a little bit slower, you need that to have the competition between bat and ball.”