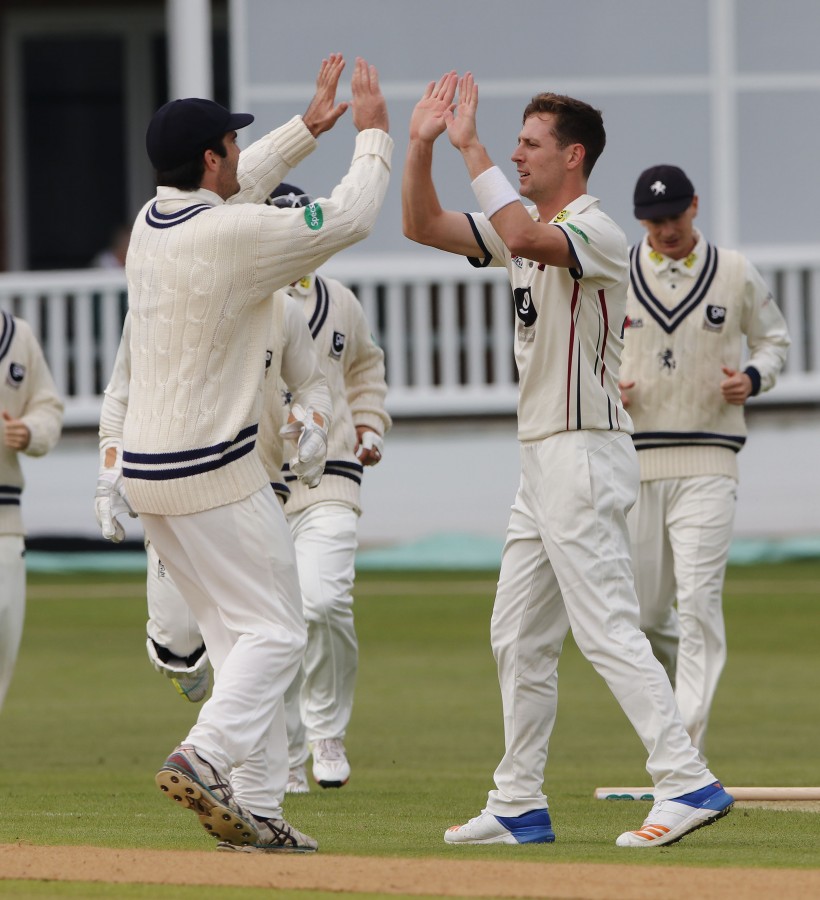 Matt Henry has revealed his delight about claiming the wicket of South Africa Test opener Aiden Markram twice on the opening day of Kent’s Specsavers County Championship clash against Durham.

The New Zealand seamer removed Markram for an eight-ball duck in the first innings on his way to figures of 5-28. The visitors bowled out Durham for 91, but were themselves dismissed inside 57 overs for 169 and a lead of 78.

Henry returned for the second innings and this time snagged the South African for a third-ball duck as the opener clipped his shot straight to Ivan Thomas, putting Kent in the ascendancy at Emirates Riverside.

He said: “It’s never nice as an opening batsmen to go out there twice on the first day. He’s a massive player for Durham and it was good to get him early. He’s a very talented player so we knew that it was an important wicket to get, obviously to get someone like that tonight was good.

“It was pretty crazy. Cricket doesn’t usually go like that. There’s a little bit of shape out there, but we experienced low bounce more than anything. We were looking at bowling wicket-to-wicket to bring the pads into play.

“We didn’t predict it would go the way it went. We didn’t anticipate those kind of wickets falling today because it didn’t look like it would have heaps of bounce and that traditional green look to it. We knew that we would have to be disciplined and thankfully wickets fell.

“We have a really tough day ahead of us tomorrow. We have a big job at hand and make sure we stay focused and bowl well tomorrow to give ourselves a chance.”