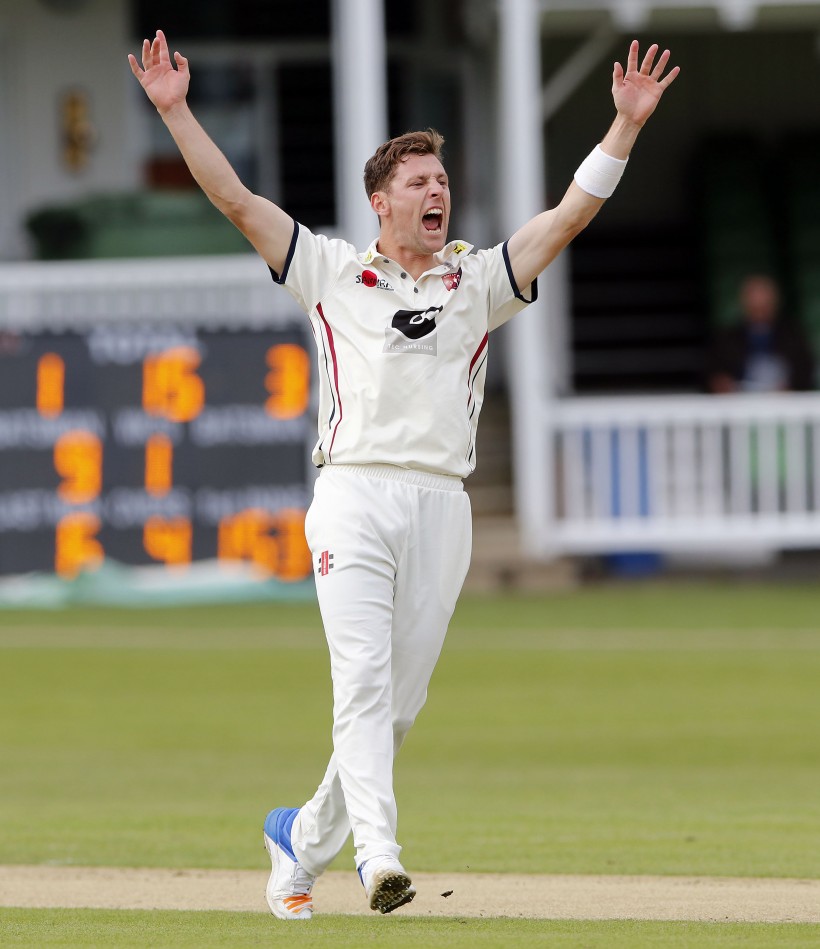 New Zealand paceman Matt Henry moved to the top of the wicket-taking tables with a superb five-wicket haul as Kent dismissed Durham for 91 a session to edge ahead in the Specsavers County Championship match at Emirates Riverside.

In reply, Heino Kuhn’s maiden Championship 50 edged Kent ahead but wickets continued to tumble as 21 wickets fell on the first day.

After opting to bowl without contesting the toss, Henry trapped South African Test opener Aiden Markram for the first of two ducks on his debut in the third over of the day.

Winter signing Will Smith was promoted to top of the order on his return to the club to cover Cameron Steel who was unavailable through illness.

Joint top-scorer Graham Harte (16) and Michael Richardson were adjudged LBW and Paul Collingwood feathered into the gloves of Adam Rouse as the New Zealander celebrated his eighth five-wicket haul in first class cricket.

In reply, Daniel Bell-Drummond departed early before Sean Dickson (41) and Kuhn (54) shared a 50 stand, picking off the occasional bad ball to close on Durham’s modest total.

Dickson struck seven boundaries before toeing a wide Matt Potts ball to Aiden Markram at second slip for 41 to provoke a mini-collapse before Kuhn steered Kent ahead.

Joe Denly and Zak Crawley were clean bowled by Paul Collingwood and Nathan Rimmington respectively, the latter making his county debut at the age of 35 as Kent lost 3/13 in 27 balls before taking the lead shortly before tea.

Kuhn reached his maiden Championship half-century off 119 balls before lofting Will Smith’s part-time spin to Rushworth at deep mid-off.

Wickets came in trios again as Adam Rouse and Matt Henry followed in quick succession for the addition of a single run. Will Gidman (20) shared a gritty 26-run stand with Harry Podmore (8*) before James Weighell dismissed him and Ivan Thomas to restrict Kent to a 78-run lead.

Facing a tricky six overs before stumps, Henry claimed his seventh wicket of the match as Markram clipped a full ball to Thomas at mid-wicket off the New Zealander’s third delivery of the first over of the second innings.

The Black Caps international now has 13 Championship wickets as Durham will resume 65 runs in arrears with Will Smith (8*) and nightwatchman Matthew Potts (5*) at the crease.

Henry: It was pretty crazy