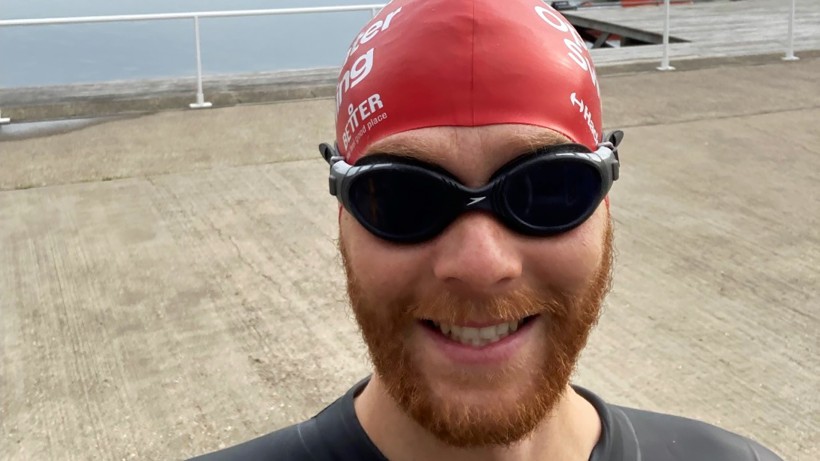 Ivan Thomas always wanted to do an ironman challenge, however he didn’t envisage doing one so soon. Thomas had ambitions of completing an ironman once he’d had a full cricket career but that was cut short in 2020 when he had to retire from the game.

The 30-year-old is undertaking a mammoth challenge on 10 July which includes a 3.9km swim in Switzerland, followed by a 180km cycle through the Alps and finishing off with a marathon, all to raise funds for the Professional Cricketers’ Trust and CRY (Cardiac Risk in the Young).

The former Kent bowler had to have heart surgery as a youngster after finding out that he had an undetected heart condition. Thomas went on to take 114 wickets for Kent before his retirement.

The Professional Cricketers’ Trust sat down with Ivan to discuss his upcoming challenge:

Q. It seems like an extremely difficult challenge, why choose an ironman?

A. There are definitely easier ways to raise money but I’d heard about it before playing cricket and I started telling everyone that when I retire I’m going to do an ironman, thinking that would be 20 years down the line but then I had to retire and people kept mentioning doing the ironman. It’s one of those challenges that’s tough enough that hopefully people will feel like they can donate towards it so it’s a good challenge.

Q. Why did you want to raise money for the Professional Cricketers’ Trust and CRY?

A. The Professional Cricketers’ Trust is something that you hear a lot about when you’re playing cricket and you don’t necessarily see what great work it does while you’re still in the game. For me personally it really came to light when I went to a golf day for Alan Igglesden and saw what the Trust did for him was incredible. I’ve been helped a lot by the PCA when I retired with my transition from the game in to my next career and it’s been phenomenal so it’s something that I really want to keep giving back to over the next few years and this felt like a great opportunity to raise money for the Trust.

I first came across the charity CRY when I was playing cricket for Leeds Bradford University and my captain, Tommy Hardman, actually passed away in his sleep from an undetected heart condition. His parents told us about the charity when we wanted to raise some money in his memory. Then, when I was playing for Kent I heard Calum Haggett’s story who was once pulled out of an England Under-19 World Cup squad to have immediate open heart surgery to fix a damaged valve in his heart which saved his life. He carried on playing professionally for 10 years, which was a great success story for CRY.

Not too many years after that, very luckily, I found out that I had a heart condition too and was whisked away for heart surgery, which fixed what could have been a much more serious issue in the future and now I’m fine. So, I learnt a lot about the incredible work they did, but sadly too often people come to the charity because of a sad story. It would be really nice to push the great work that they do.

Both charities have suffered during the pandemic because they rely on people doing these sort of events to raise money which we haven’t been able to do properly since before Covid. So, it’s nice to be able to do this for two charities that have had a real impact on my life.

Q. How did the PCA help you in your transition from cricket to coffee?

A. Each county gets a Personal Development Manager and at Kent mine was Tom Jones, he was phenomenal. He approached me and asked what interests I have outside of cricket that I could do when I retire. I ended up doing quite a few work experience placements in my time off over the winter but really I just learnt what I didn’t like. Then I fell into the coffee world by spending time in coffee shops and wanting to learn a little bit more about it.

I approached Tom and he mentioned that PCA member, Tim Linley, had opened a coffee shop up in Leeds. He was a great help because I spoke to him a lot about how he transitioned into the world of coffee and how he’s made that change to become a business owner. The PCA has also helped finance some of my education since leaving cricket such as my roasting qualifications and that helped me get the job I’m in now and I’m lucky enough to say that it’s a dream role. It’s been an awesome 18 months after leaving the game and I’ve been able to set up my own coffee business because the PCA has supported me.

Q. What’s the preparation and training for the ironman been like?

A. Originally I just planned to do a half so it was a bit of a shock to myself and my girlfriend after two weeks of booking it that I noticed it was actually a full ironman. It normally takes 18 months training for a full one but I’ve only given myself six months because I thought it was a half. There’s been some tough training and dark mornings getting up early in the winter. Preparation has been challenging but I feel in a good place now just two weeks out. If I’m not ready now I don’t think I ever will be.

Q. How much are you looking to raise?

A. I hope that we can raise the £2,000 that we set on the JustGiving page but I understand that it’s a difficult time and people don’t really have a lot of spare money in the current climate so the main aim is to raise as much awareness for both these great charities as possible.

Find out how to donate here: https://www.justgiving.com/campaign/Ivan-Thomas-Ironman.