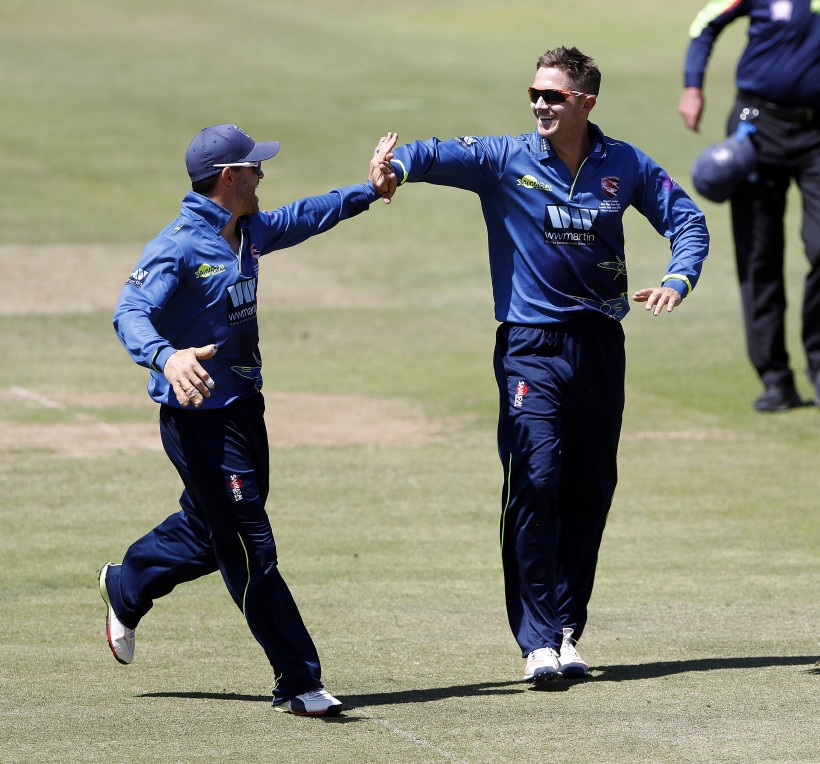 Joe Denly underlined his all-rounder status by becoming the PCA’s Most Valuable Player in the Royal London One-Day Cup rankings for a string of superb performances with bat and ball.

The batsman finished on 182 MVP points, 16 ahead of teammate Heino Kuhn after blowing away countless opposition throughout the 50-over competition.

Denly was awarded the MVP of the Match three times throughout the 50-over competition with his performance against Glamorgan arguably the best individual performance of the season.

He scored an unbeaten 150, before taking four wickets with his useful leg-spin which has proved to be a useful weapon throughout the summer, including in the final against Hampshire.

Denly was the star man with the ball, once again taking four wickets for just 57 runs to restrict Hampshire to 330 at Lord’s.

In the South Group, he hit an unbeaten century against Gloucestershire following on his outrageous performance against Glamorgan as well as match-winning innings against Surrey and Somerset.

The England international was then the most economical bowler in the play-off against Nottinghamshire, bowling his 10 overs for just 42 runs before supporting Kuhn’s 124 not out with an unbeaten 55 to help the Spitfires into the semi-final.

Kuhn was again the star man against Worcestershire, his 127 taking Kent to the final whilst consolidating his position as the second best player in the 2018 One-Day Cup.

The MVP formula is designed to identify the match-winners and key influencers of games.

A more rigorous analysis of player performances than traditional batting and bowling averages, points are accrued for all runs scored and wickets taken and then adjusted within the context of the match.

The One-Day Cup Player of the Year captained his side three times in the absence of Billings, something which earns bonus points. His seven victories also earned extra points while catches, run-outs and stumpings are also accounted for in the Rankings.

Denly sits in second place in the Overall Rankings with teammate Matt Henry currently leading the way in the county game.

The winner of the Overall MVP wins £10,000 with Kent currently dominating the individual Rankings with Kuhn in third place ahead of Leicestershire’s Ben Raine and Ed Barnard of Worcestershire.

Billings: I’m proud of the squad