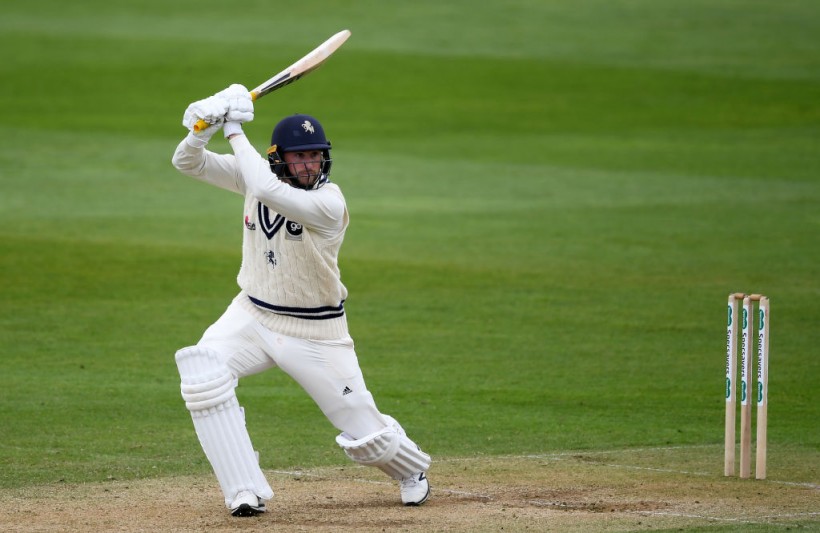 A last-wicket stand of 62 between George Bartlett and Jack Brooks turned the game and set Somerset up for a 74-run Specsavers County Championship win over Kent at Taunton.

Having resumed their second innings on 171 for seven at the start of the final day, the hosts slipped to 181 for nine, just 143 ahead, as Mitchell Claydon (four for 66) completed match figures of nine for 112.

But 21-year-old Bartlett (63) and Brooks, who marked his Championship debut for Somerset with a breezy 35 not out, took the total to 243 all out, leaving Kent a tricky target of 206 on a pitch still assisting the seam bowlers.

Lewis Gregory claimed three for eight before lunch as the visitors slumped to 41 for five. They were eventually bowled out for 131, Gregory ending with five for 18.

Somerset took 19 points from the game, despite the failure of their top order batting, while Kent gained four.

When Craig Overton and Josh Davey fell early in the morning session, newly-promoted Kent looked to be closing in on a morale-boosting victory over last season’s Championship runners-up.

But Brooks went on the counter-attack, hitting 5 fours and a six in his 31-ball innings, while Bartlett moved to the only half-century of the match, compiled with excellent temperament off 94 balls.

By the time Bartlett was last man out, all the momentum was with Somerset and their bowlers wasted no time capitalising.

Sean Dickson fell to the first ball of Kent’s second innings, edging to third slip off Gregory, who followed up by sending back Daniel Bell-Drummond and Zak Crawley in a superb seven-over spell from the River End.

Brookes weighed in with the key wicket of Matt Renshaw, caught by Gregory at third slip, while Craig Overton had Heino Kuhn lbw without scoring.

It was 43 for five at lunch and Gregory struck again in the second over after the interval, Overton taking his second catch at third slip to send back Ollie Robinson.

Alex Blake and Darren Stevens added 37 for the seventh wicket before Overton, bowling around the wicket, had Blake caught behind for 20 with 124 still needed.

Harry Podmore fell lbw, aiming to play Brooks through the leg side, to make it 93 for eight. Matt Milnes fell for ten to a catch at first slip by James Hildreth, giving Gregory a deserved fifth wicket, and in the same over last man Claydon was dropped by Marcus Trescothick at second slip.

It mattered little as Stevens, rock solid throughout his innings of 43, having come in as low as number eight, ran out of partners in the next over, Claydon giving a low catch to Hildreth off Davey. Beaumont named as one of five Wisden Cricketers of the Year