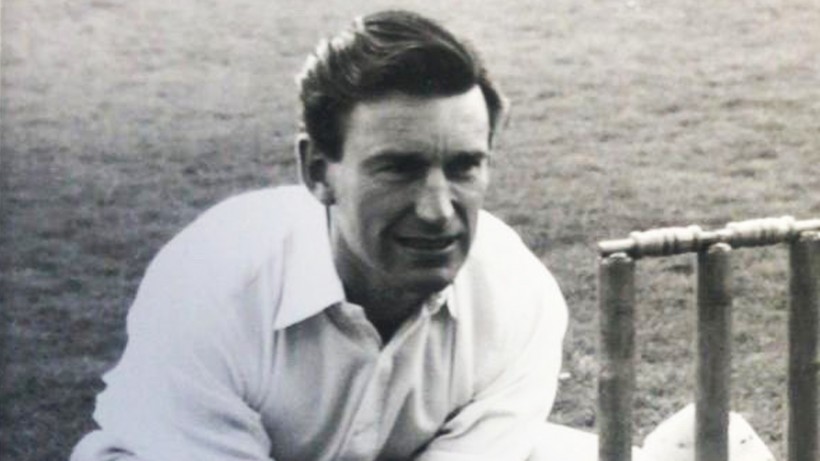 The Ufton family, alongside former players and staff of Kent Cricket & Charlton Athletic, will come together provided Government guidance allows to celebrate the life of Derek Ufton on Thursday 24 February, 2022.

A stalwart one-club man, both as a professional cricketer and footballer, Derek made 149 first-class appearances as Kent’s wicketkeeper-batter between 1949 & 1962, and represented Charlton Athletic for a decade – a club he would return to as a Director for over 25 years.

He has the unique accolade of being the first England footballer to have not played against another nation – his only appearance wearing the Three Lions came against a ‘Rest of Europe’ team at Wembley, including the likes of FC Barcelona icon László Kubala and AC Milan legend Gunnar Nordahl, whilst playing alongside England heroes such as Sir Stanley Matthews, Billy Wright and Sir Alf Ramsey.

At the time of his passing in March 2021, he was the oldest England international, aged 92.

Derek’s friends & family will celebrate his remarkable life at Canterbury Cathedral, with confirmation as to whether others can attend coming in the New Year.

Kent Cricket’s CEO, Simon Storey, said: “Derek was a fantastic servant to two Kent-affiliated clubs, uniquely playing at a high level across both cricket and football.

“In retirement, he was still very much involved with Kent Cricket, serving as Club President in 2001 and sitting on the Club’s Committee, and even into his 90s, would still regularly attend Kent matches alongside his wife, Judy.

“We look forward to joining representatives from Charlton Athletic in celebrating all Derek achieved in his life.”

Chris Parkes, Club Secretary at Charlton Athletic, said: “I had the privilege of first meeting Derek in 1988 when I joined CAFC as Company Secretary and he was a Director.

“It was clear that his knowledge of football, love of the Club and his wider connections were invaluable to the Board. He would represent the Club, together with his Wife Judy, at matches the length and breadth of the country, and would enthral all who met him with his stories.

“It will be an honour to join Kent Cricket, his family & friends to celebrate his life and achievements on 24 February.”