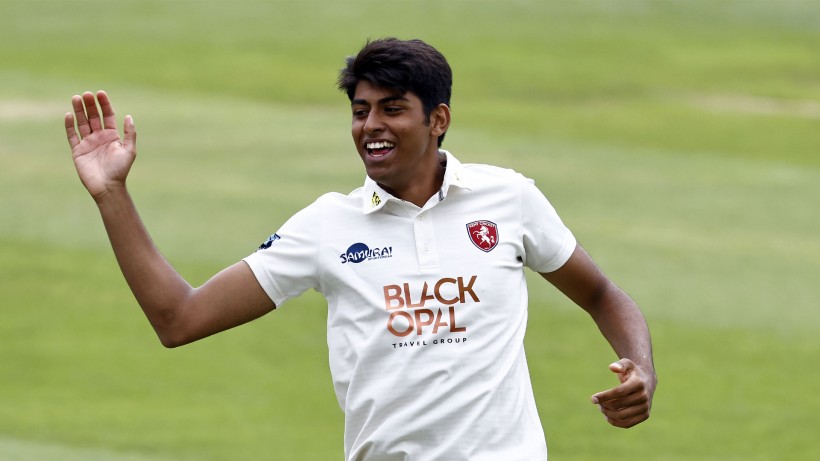 Bexley consolidated their position at the top of the Premier Division with another big victory, beating Blackheath at the Rectory Field by 82 runs.

They open up a seven point lead over their nearest rivals Tunbridge Wells, who kept up the pressure with an away win at Holmesdale.

Will McDowell scored 48 for the home side, as they fell well short of their winning target. Michael Waller took 3 for 34.

Bickley Park enjoyed a good win at home to Lordswood, with a 35 run victory. The visitors could only make 181 all out in reply to Park’s 216.

Tom Davis scored 72, and Jason Benn took 3 for 33. In the home sides innings, Alex Moen hit 49 and Daniel Magin 44, and there was some excellent bowling from Touseeq Shah with 4 for 29.

Beckenham were 15 run winners away to Bromley, Johann Malcolm 47 in their 166 total.

Sevenoaks Vine gained a three-wicket win over visitors Sandwich, Michael Cowdrey leading the way with 61, in their 217 for 7. Former Kent Academy student, and Second Eleven player, Jan Gray excelled with the ball, taking 4 for 39 with his leg spin, as the home side chased down the Sandwich total of 215 for 8, Robert Goatham 46, Andrew Reid-Dick 4 for 41.

In Division One, leaders Bromley Common beat visitors Linden Park by five wickets. Park were all out for 200, Roshan Jayatissa, 85, with nine fours, and five sixes, Sam Clarkson 4 for 23, Gaminda Kanishka 4 for 37.

There was a disappointing three wicket home defeat for Canterbury, as Minster (Sheppey) ran out winners at Polo Farm.

There was an impressive bowling performance from Lewis White, 5 for 47, but all to no avail.

HSBC (Kent) pulled off an exciting nine run victory over visitors, The Mote, who could only reach 200 in reply to the home sides 229.

Alex Browne struck an impressive 92 runs with 10 boundaries and three sixes, and Sadiq Hassan hit 53, Phil Apps, 5 for 46. In The Mote innings, Dan Mason made 50, and Hassan took 3 for 39, as the visitors fell short.

Former Kent Second XI all-rounder Will MacVicar was the star turn for Hayes, as he destroyed the Folkestone innings, with a spectacular spell of 5 for 19, as the visitors were bundled out for just 55 runs, Stuart Eddicott, chipping in with three wickets.

Bottom of the table Sidcup suffered another defeat, losing at home to St Lawrence and Highland Court by 67 runs.

The visitors impressed with their 267 for 9, Malcolm Hammond 65, Charley Nash 63, Dominic Lester 3 for 43. There were two wickets apiece for Tom Copestake, James Vent-Harris and Harry Wren, as the home side struggled to 22 for 8.