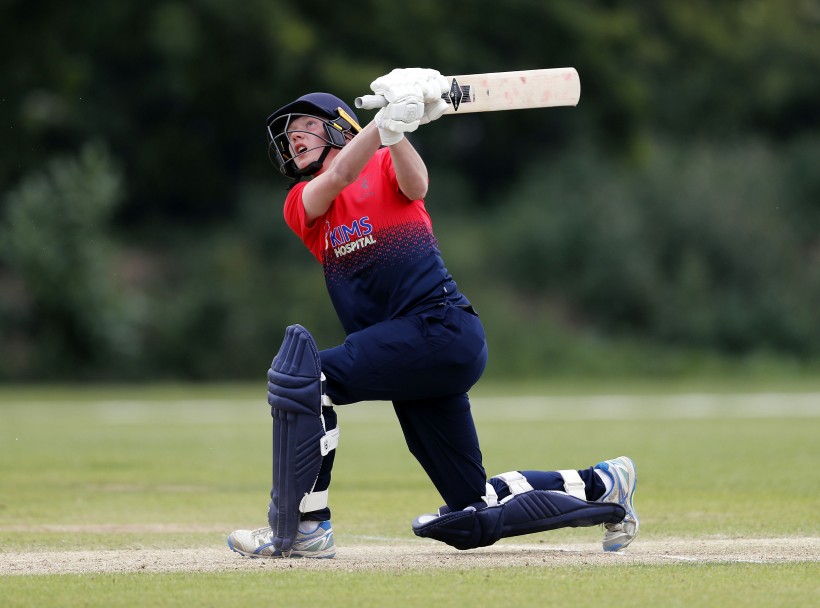 Dilkes scored 104 in Canterbury’s massive total of 356 for 8, and the home side then bowled out the visitors for just 33 runs, to set up two new club records. It was their highest ever Kent League score in a match, and a record margin of victory of 323 runs, and also the third highest ever score in Kent League cricket.

Dilkes hit 13 fours and a six in his innings, in a fifth wicket partnership of 166, with another Kent Second XI player, Jarryd Lysaught, who made 96. HSBC then collapsed dramatically, none of their side reaching double figures in their 33 run total, an unwanted record as their lowest score, in their crushing defeat. Their innings was wrecked by a brilliant spell of bowling by spinner Ben Rutherford, who took six wickets for five runs, and Lysaught chipped in with three wickets.

Sandwich maintained their position at the top of the Premier Division with a two wicket away win at Beckenham. The home side made 176 for 8, James Fear 62, and Sandwich won with four balls to spare, 181 for 8, Alex Smith 41, Kent Academy scholar Joe Gordon 27. Ishan Sabawal 3 for 30,

Former Kent all-rounder Adam Ball was in fine form in Bexley’s 84 run victory over Bickley Park at Manor Way. He was 48 not out in the home sides 199 for 7, Calum Basey 66, and then took 4 for 10 as the visitors crumbled to 115 all out. Another former Kent player spinner Adam Riley took 2 for 34.

In a low scoring match Holmesdale were eight wicket winners after bowling out visitors Bromley for 89 runs, Thomas Masding 3 for 17, James Poulson 3 for 21, Luke Blakaby 3 for 23. Kent’s Hamid Qadri scored six for Bromley. The home side cruised to victory at 93 for 2, Anthony Blissett 40 not out.

There were two century makers for Lordswood as they beat Blackheath by 93 runs. Linden Lockhart 115, and Scottish international Callum MacLeod 122 propelled the home side to 326 for 7, Blackheath reaching 233 for 8 in their reply, Jack Hersh 92.

In the other First Division matches, Bromley Common beat Folkestone by 97 runs, Hayes were seven wicket winners away to Linden Park, The Mote beat St Lawrence and Highland by 75 runs, and Minster (Sheppey) consolidated their top of the table position with a seven wicket home victory over Sidcup.