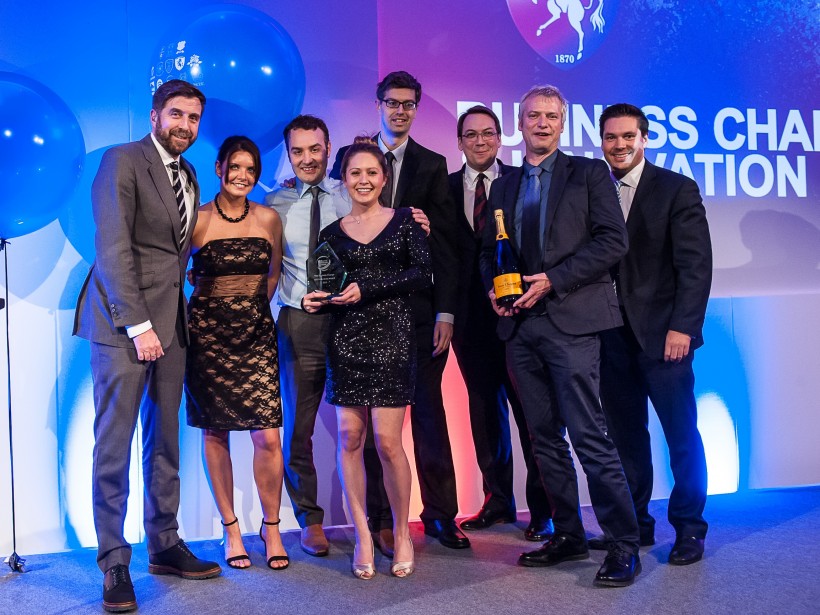 Kent's sales and marketing team picked up the prize at the end-of-year dinner which looked back on a bouyant 2015 for international and county cricket with record attendances and an Ashes triumph.

The award recognises innovation within the game and strategies that lead to business change. The Kent bid focused on the redevelopment of The County Ground, Beckenham.

The regeneration of the facilities was recognised by the judges as dramatically enhancing the ground's ability to be commercially viable.

In 2013 the ground was mothballed with the future looking bleak before a multi-million pound redevelopment in partnership with Leander Sports and Leisure.

This major work was completed in time for Kent to host two NatWest T20 Blast matches and a County Championship match in 2015.

This creation of a second venue in Kent is key for the Club's desire to maintain a solid base in the north of the county to develop the game and play professional games there regularly.

This coupled with the continuation of the Tunbridge Wells Festival in July allows the Club to reach the widest audience.

It remains the Club's desire to move cricket around the county and it is expected that this will continue to increase the reach of the Club across Kent.

Kent Cricket CEO Jamie Clifford said: "I am thrilled that the Club's efforts to establish a viable base in the north of the County have been recognised by ECB.

"The County Ground, Beckenham has become a vital hub for new activity. I would like to thank Leander Sports and Leisure – without the vision of their team this project would never have happened. Likewise, the support of Bromley Borough Council has been hugely appreciated.

"I believe that we are only really just starting to understand the full potential that operating the ground represents and I am sure is has a very important part to play in the Club's future."

See any six days of cricket at The County Ground, Beckenham with a Six Pack

For events, functions and other hospitality bookings, please e-mailsales-countygroundbeckenham@centerplate.co.ukor call 0208 650 8444, weekdays 9am to 5pm