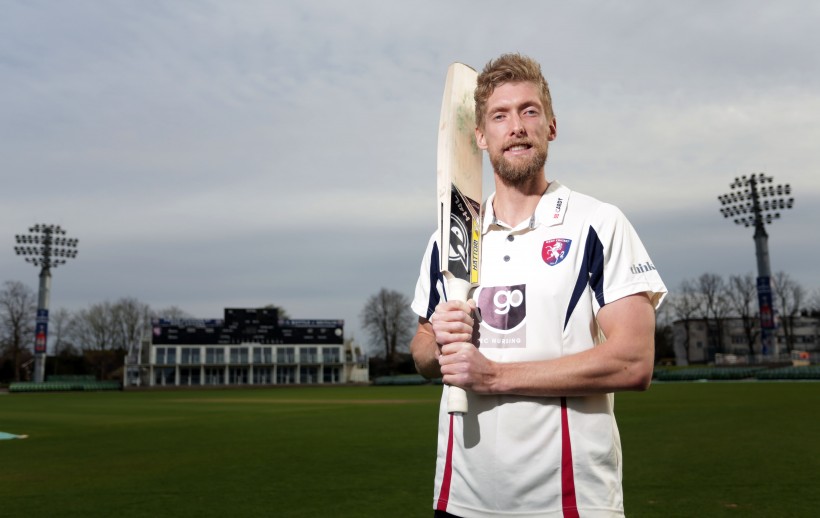 Kent cricketers past and present will be playing for a good cause in a charity match on Saturday 10 September at Eltham College.

Some familiar faces will feature in aid of Cardiac Risk in the Young (CRY) and the Ben Daniels Memorial Fund (BDMF) with a family fun day, match and post-match gala dinner.

Kent cricketers Calum Haggett and Ivan Thomas have both been affected by sudden heart conditions so were delighted to get involved.

In 2010, Calum was identified with a potentially fatal heart condition during a routine screening but was successfully treated and is now back in the game. However, tragically, in 2012, one of Ivan's friends and teammates at university, Tom Hardman, died in his sleep from an undiagnosed heart condition aged 21.

The duo were approached by Paul Daniels, who lost his son Ben to an undiagnosed heart condition in March 2011. Ben Daniels tragically whilst playing football, aged just 15. Ben was a very talented sportsman and played for Old Elthamians Cricket Club.

Haggett, 25, said: “What happened to Ben brings it all home how lucky I was. You just hope that people in the future don’t have to go through the same tragedy as the Daniels family.”

The Ben Daniels Memorial Fund has raised almost £150,000 to support CRY and specifically its pioneering screening programme (which now tests around 23,000 young people every year).

As a result of Paul’s efforts, around 1,500 local, young people have been screened over the past five years, in memory of Ben – a figure that is set to grow, due to the volume of screenings due to be funded by the BDMF and collaborations with a range of sports clubs across Kent and the South East.

Mr Daniels said: “Cricket was such an important part of Ben’s life, it feels so fitting for us as a family to be joining forces with CRY and Kent County Cricket Club to stage this event in his memory.

“It’s only by working together with schools and sporting groups in our area that we can really spread the word about CRY and its ongoing mission to prevent these tragic – and often preventable – deaths in young people.

“The support we have from businesses, schools, organisations and individuals is phenomenal and helps us to create a special tribute to Ben. I know he would be proud of everything we are achieving.”

Chief Executive of CRY, Dr Steve Cox, said: “Paul’s fundraising support and ongoing awareness work for CRY has been absolutely tremendous and his efforts have helped to fund the screening of hundreds of local people through Ben’s Fund.

“We have just marked CRY’s 20th anniversary and the ongoing support, dedication and commitment of our families over the past two decades has been astounding. It is wonderful to see Paul working closely with others supporters who have got right behind our cause. On behalf of CRY, I would like to thank everyone who is taking part and we really hope everyone has a great day!”

Colin Milburn play to be performed at The Spitfire Ground