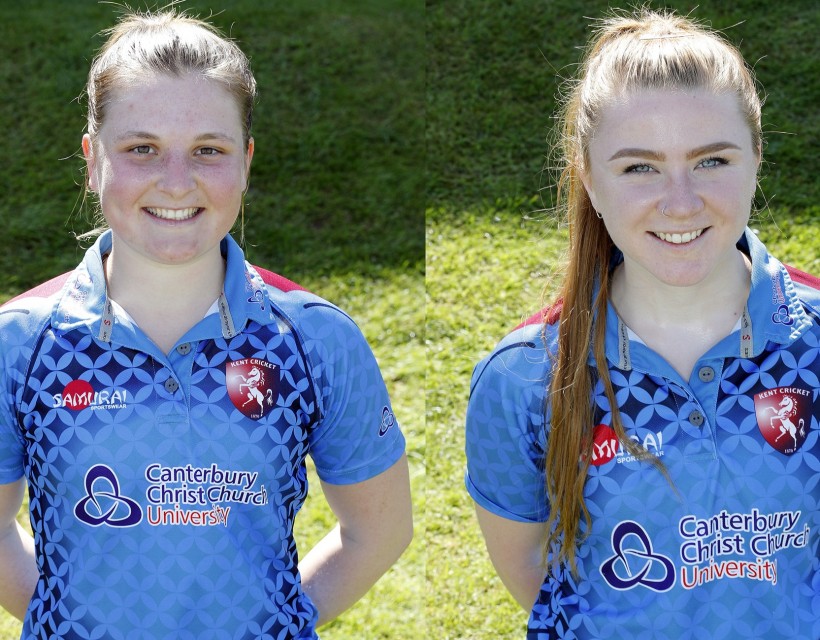 All-rounder Franklin scored a career-best 123 at the top of the order, hitting 16 fours and two sixes in a sparkling 94-ball innings against Surrey side Guildford.

The Loughborough University student who came through the Kent age groups and won Women’s Fielder of the Year at the 2017 Spitfire Kent Cricket Awards.

Bryan, 22, has played 13 matches for Kent Women since her debut in 2015 and hit an unbeaten hundred in a stand of 199 with Franklin as Hayes won by 144 runs and sit fourth in the Championship.