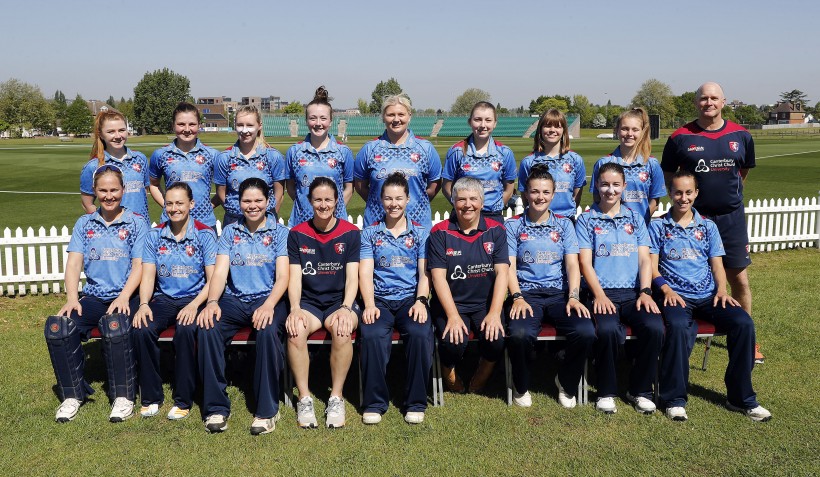 Kent narrowly missed out on a fourth T20 title at The County Ground, Beckenham after beating Birmingham before losing to eventual champions Middlesex.

In the first match, superb spells from Tash Farrant (2/12), Arlene Kelly (2/15) and skipper Alice Davidson-Richards (1/13) restricted the Bears to 91 for seven before Laura Marsh hit 41 off 37 balls to guide Kent home with 3.3 overs to spare.

Middlesex beat Birmingham by 22 runs in the second match to take a lead at the top and set up a winner-takes-all decider against the hosts.

In the final match, Middlesex opted to bat first and put on 73 for the opening wicket before Marsh, Farrant and Megan Belt took a wicket each, bowling the top three.

Jodie Hobson ran out Sophia Dunkley with a direct hit after a misfield and former England player Beth Morgan was stumped superbly by Lauren Griffiths after she advanced down the wicket and was beaten in the flight by Davidson-Richards as they posted 128-5.

Kent’s chase started strongly with Phoebe Franklin hitting two boundaries before losing her leg stump in the first over before Marsh (24) and Davidson-Richards (38) put on 45 for the second wicket.

Marsh was trapped LBW for 24 before Izzy Cloke holed out as the required run rate crept toward double figures in fading light.

Tash Farrant and Grace Gibbs accelerated the scoring by scoring 10 off the 18th over before Middlesex sealed a 16-run win to take top spot in Division One.

Kent finish third in the group with five wins from eight matches with the England contingent missing for several matches and an opportunity to blood promising youngsters such as Kirsty Dymond, Kitty Perry and Grace Scrivens.

Hampshire and Wales will join Kent in Division One of the T20 competition in 2019 with either Yorkshire or Surrey joining Worcestershire in Division Two.