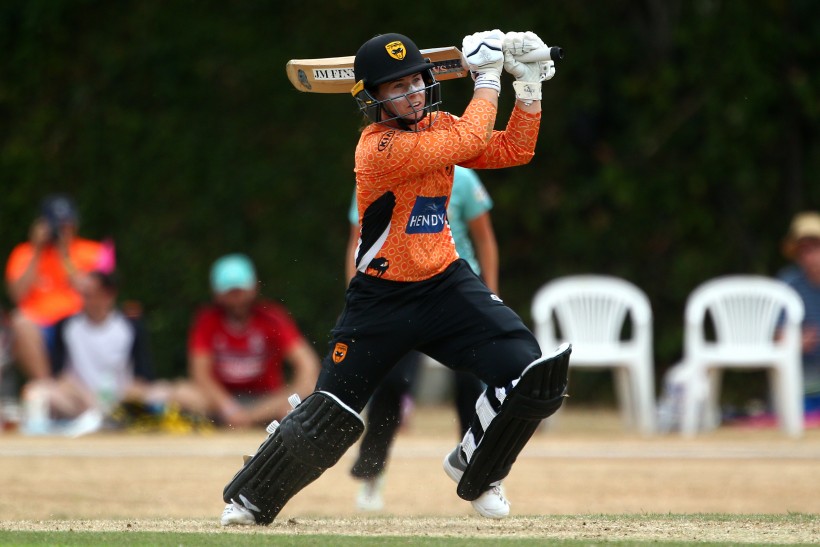 Six Kent Women stars were in Kia Super League action as this year’s T20 competition kicked off with all six franchises playing across the country.

In the season opener between the Southern Vipers and Lancashire Thunder, Kent captain Tammy Beaumont skippered the Vipers to a 34 run victory in Liverpool, Beaumont scoring 53 from only 33 balls including two fours and five sixes.

Vipers and Kent teammate Tash Farrant then contributed with the ball for the Southampton-based side, taking 3-18 and claiming the scalps of current England players Kate Cross, Sophie Ecclestone and Alex Hartley.

Kent’s 2019 signing Fran Wilson once again starred for the Western Storm, hitting 33 not out as the Taunton-based team successfully chased down the 126 runs that they had been set by Loughborough Lightning (125/6) to claim a seven wicket victory.

After setting the Diamonds 131 to win, Laura Marsh took three wickets for 17 runs and despite a contribution of 17 with the bat from Davidson-Richards, the Stars sealed victory by nine runs.

The next round of Kia Super League matches begins on the 8th of August.