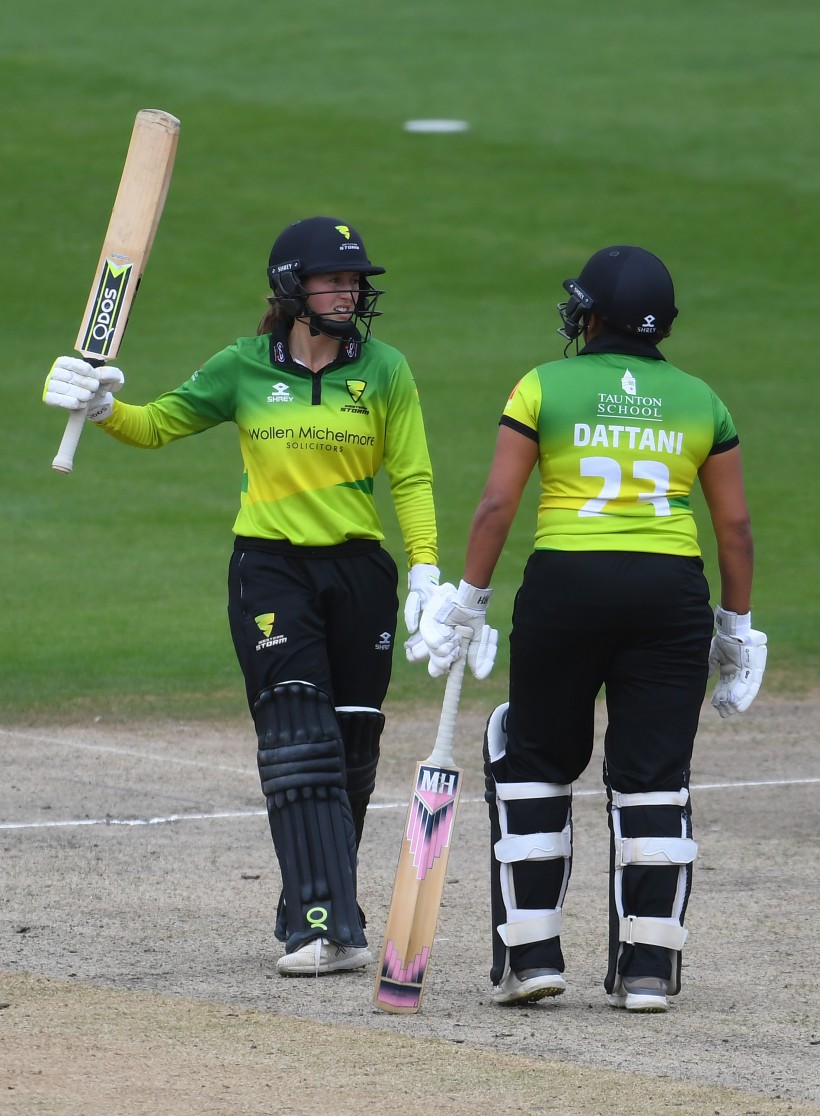 Six members of Kent’s Royal London Women’s County Championship winning squad have been picked up by four franchises for this year’s edition of the Kia Super League.

The T20 franchise league was established in 2016 and six teams play ten fixtures in a round-robin format, before a Final’s Day at a neutral venue where the second and third placed teams play for the right to face the league leaders in the Final.

This year’s edition of the competition will begin on Tuesday 6th August with Finals Day taking place on Sunday 1st September at The 1st Central County Ground in Hove.

Marsh took eight wickets in 11 matches last season whilst Gibbs was ruled out with a knee injury after six games.

Kent club captain Tammy Beaumont has once again been selected by the Southern Vipers after scoring 198 runs at an average of 33.00 in seven matches for the Southampton-based side.

The Horses’ T20 captain Tash Farrant also remains at the Ageas Bowl after 10 wickets in six matches at 17.10 put her 11th in the tournament’s wicket-taking charts last year.

Alice Davidson-Richards will feature again for the Yorkshire Diamonds in 2019 after 148 runs and 10 wickets in last season’s Kia Super League.

Kent Women are currently in action in the Vitality Women’s County T20 tournament with their only home fixtures versus Middlesex Women and Birmingham Bears Women at The County Ground, Beckenham THIS Sunday, 23rd June.

Crawley century on Day One