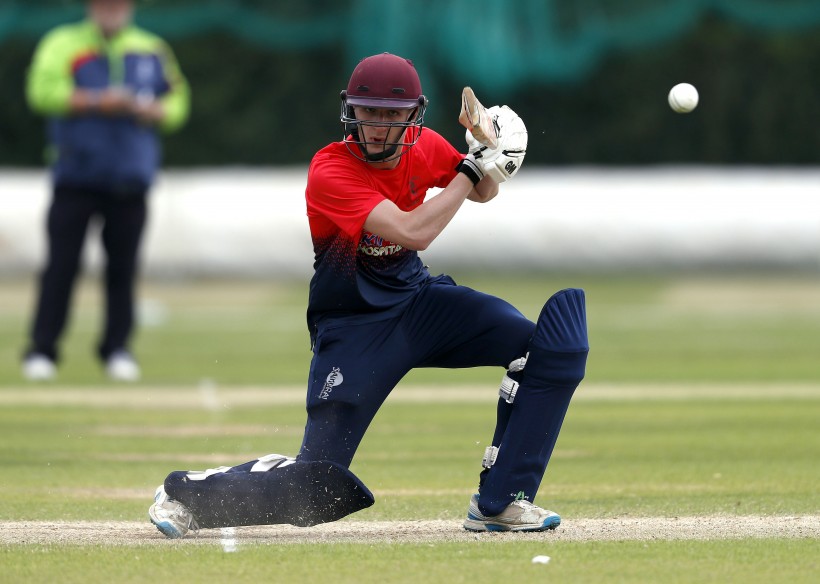 Kent Academy scholar Hugh Scott and associate scholar Harry Houillon have both been named in the London & East side to compete in the ECB Young Lions Super 4s tournament this week.

Off-spinner Scott has played eight matches for the Kent Second XI this season, most recently finishing with figures of 3/31 from 7.5 overs as Kent defeated Gloucestershire Second XI by 131 runs.

Houillon, who plays club cricket for Sevenoaks Vine and averages 48.33 with the bat in club cricket this season, is a promising wicketkeeper-batsman and part of the Kent Academy system.

Returning for its seventh year, The Young Lions Super 4s sees the best U17 cricketers from around England and Wales battle to take their region to victory and impress the coaches, scouts and selectors who are tracking their progress.

Several players who will take the field in Loughborough between now and Saturday have already pulled on an England shirt as part of Jon Lewis’s U19 setup this summer.

The likes of Blake Cullen (London & East), Joey Evison (Midlands), Finlay Bean (North) and Ned Leonard (South West) were involved in the matches against Ireland, India and Bangladesh in July and August.

As the youngest members of the U19 squad on those occasions, they go into the Super 4s as some of the most experienced players, looking to impress with places in England’s U19 World Cup squad next year potentially up for grabs.

And the Super 4s has proved a good testing ground for young talent in recent years, sitting between the ECB David English Bunbury Festival and the England U19s setup on the Performance Pathway.

Lewis, England U19 head coach, said: “The Super 4s tournament is a great place for our best young prospects to showcase their skills in a challenging, competitive and best versus best environment.

“Some of those selected have already represented England at U19 level, so for them this will be a good opportunity to impress in an environment where they’ll be expected to dominate. For others it will be a chance to see how they match up against international-quality players.

“We’ve seen a number of the high performers from Super 4s cricket go on to represent England U19s, the Lions and even the senior England team in the cases of Haseeb Hameed, Mason Crane and Ollie Pope. So the inspiration is hopefully there for those selected this year to continue to strive for the highest level.”