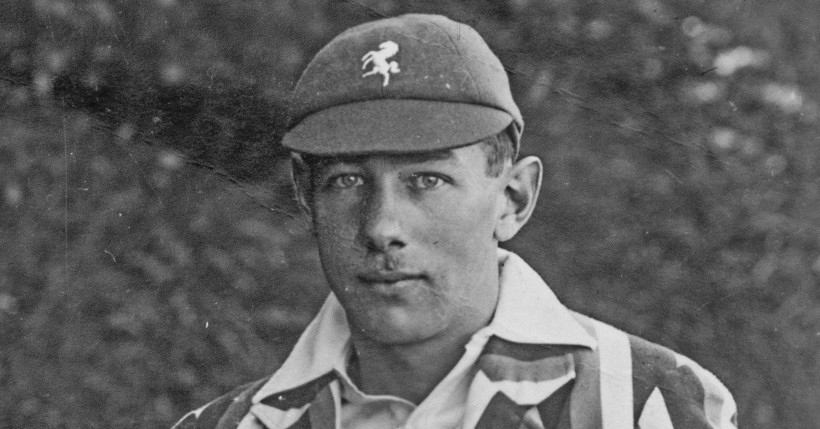 Although never perhaps scoring as heavily as his ability seemed to warrant, Geoffrey Legge was highly rated as a batter during his two years in school’s team at Malvern (1921-1922), where he was a contemporary of Errol Holmes.

Like most batters who learned the game at Malvern, he was particularly strong in the off drive and cut and in his final school season, Wisden was much impressed with his captaincy. Despite excellent credentials however, progress to the next level proved slow.

In August 1922 he played two matches for Kent’s Second XI with a top score of ten and, in 1923, failed to progress beyond the Freshmens’ match at Oxford. He achieved nothing much in three further appearances for Kent Second XI that year but in club cricket he was more successful, notably in an innings of 93 for West Kent against a strong IZ side at Chislehurst.

At Oxford in 1924, it was virtually a repeat of 1923, selection for the Seniors’ Match but nothing more. He did however, take a small step into first-class cricket, playing his first match for Kent, against Northamptonshire at Gravesend.

He appeared again, against Oxford University in the Parks, but four innings produced only 12 runs Legge’s 1925 Oxford season began with a double failure in the Seniors’ Match but, given a chance against Worcestershire he, in the words of Wisden, ‘carried off the honours’ with 120 in 130 minutes and fairly earned his Blue, heading the averages with 498 runs (avge.35.57); only his fellow Malvernian Errol Holmes scored more.

In 1926, a season shortened by the General Strike, Legge was appointed captain of Oxford. His team won only one match but lost by a mere 34 runs to an immensely superior Cambridge Eleven.

In 1927, with no university obligations, Legge was able to indulge in a full season of county cricket. At that stage he had played nine innings for Kent without once reaching double figures, but in his first match, against Derbyshire at Chatham, he scored 80 and, despite a pair against Essex at Gravesend and five other ducks, his final record was a respectable 951 runs (avge.29.71).

Against Lancashire at Maidstone, he played the innings of his life, albeit overshadowed by the pyrotechnics of Percy Chapman (260) at the other end. Joining Chapman at 70 for 5 and facing a rampant Ted MacDonald, then the best fast bowler in the world, Legge hit 101 in a partnership of 284 in 150 minutes. Five matches later, he shared another sixth-wicket partnership with Chapman, 144 v Surrey at Blackheath: Legge (104), Chapman (113).

In the 1927/1928 winter, Legge toured South Africa with MCC but, apart from a century against Orange Free State and 50* against Natal, he was a disappointment, emphasised by a duck in his only Test match.

He captained the side against a South African Eleven at Benoni and on return to England succeeded John Evans as Kent Captain.

Although his batting declined – 891 runs (avge.21.73) with a top score of 90 – in terms of results, few Kent captains have started better. With 15 Championship wins against five defeats, Kent finished second, their highest position since they were second in 1919. They would not rise as high again until 1967.

Although hardly able to match the charisma of his successor Percy Chapman, among inter-war years Kent skippers, only Bryan Valentine and Lionel Troughton have bettered Legge’s overall wins to matches ratio of 40.94% ; only David Fulton has done so since.

Legge was chosen for a second MCC tour in 1929/1930, to Australia and New Zealand under the leadership of Harold Gilligan. No Test matches were played in Australia, but Legge scored 42 and 47* against New South Wales and was picked for all four New Zealand Tests, in which his scores were 36, 39, nine, 19*, 196 and 0. His 196 at Eden Park was scored out of 356, included 23 fours and lasted 280 minutes. With next highest scorer Stan Nichols (75), 184 were added for the fifth wicket.

Legge’s score remained the highest by a Kent batsman in Test cricket until Rob Key’s 221 v West Indies in 2004.

In the remaining two years of his captaincy, Kent finished eighth in 1929 and fifth in 1930, when they registered eight wins, their most since 1923, but suffered eight defeats. His personal form improved in 1929 with over 900 runs, including a chanceless 113 v Derbyshire at Dover, but in 1930, possibly affected by the problems inevitable when attempting to combine a serious business career with county cricket, he failed to reach 500 runs, registered two pairs and averaged only 14.

Fortunately there was no decline in his fielding, especially his slip catching where he reputedly held just about everything within reach. He held 30 catches in 1927, 32 in 1928. On at least one occasion his catching cost him money.

At Edgbaston in 1930, after Bob Wyatt had scored a century, Legge, never averse to a flutter, had a bet at 20 to one with Ian Akers-Douglas that Wyatt would get another hundred in the second innings. Legge lost ten pounds by catching the Warwickshire man at silly point for 98, off what both batsman and catcher were convinced was a bump ball.

A partner in the family business, an agency for various German and Scandinavian paper manufacturers, Legge found it increasingly difficult to find time for cricket and, after resigning the captaincy, played only one more game for Kent.

In 1933, he learned to fly and, for business purposes, acquired his own aircraft, first a Gipsy Moth, then a De Havilland Dragonfly and finally a very much up-market twin-engined Percival Q6.

The latter was a five seater, with a range of 1000 miles, in which he flew all over Europe. In partnership with another aviation enthusiast, ‘Willie’ Rhodes Moorhouse, he also established his own airfield at St. Merryn in Cornwall.

At the time living in Nash Farm, Fox Hill, Keston, on the outbreak of war, Geoffrey Legge joined the Fleet Air Arm and, as a highly experienced pilot, was granted an immediate commission.

A fluent German speaker with detailed knowledge of German airfields and aviation, he was able to provide valuable information to the intelligence services.

Judged too old for operational flying, he was posted to 752 Squadron, a training unit, at Lee-on-Solent. His airfield was requisitioned by the Admiralty in 1940 (as was his aircraft) and re-named HMS Vulture.

It was on a flight to HMS Vulture from Lee-on-Solent in a Fleet Air Arm Percival Proctor 1A, that he was killed together with his passenger, Sub-Lieutenant A.J.Franklin.

The weather was bad but the cause was never established.

In addition to his grave at St Merryn, he is commemorated on the war memorial at Benenden Green. 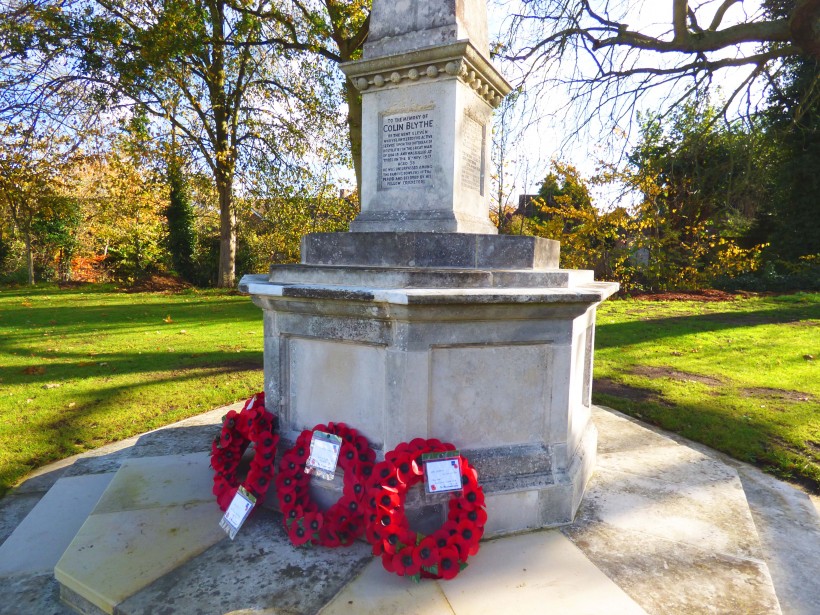 Previous profiles of Kent Cricketers that fell during both World Wars include:

O’Riordan to represent MCC in Spain