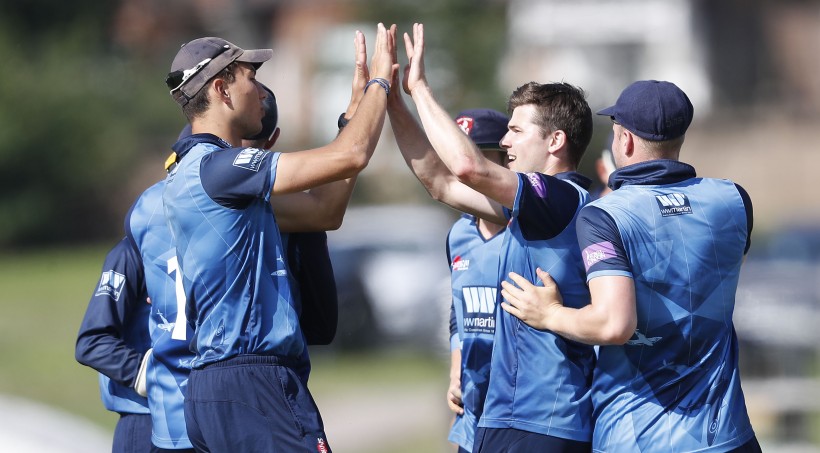 Details of Kent Second XI’s playing schedule for 2020 have been released.

Second XI cricket returns to The Spitfire Ground, St. Lawrence with the visit of Marylebone Cricket Club (MCC)’s Young Cricketers for a four-day match starting on 13th April to kick off Kent Second XI’s season In the Second Eleven Championship (SEC). All SEC matches are scheduled for four days in 2020.

As well as at the home of Kent Cricket, this year’s SEC will see Kent play at The County Ground, Beckenham and Polo Farm in Canterbury, alongside trips to The 1st Central County Ground at Hove, Southampton’s Ageas Bowl, Horsham and Coggeshall.

This season’s edition of the SEC will also have three fixtures where Kent will share a side with other counties, with a combined Kent & Sussex team facing Hampshire and Worcestershire, and Kent & Northamptonshire taking on Lancashire.

The winner of this year’s Second Eleven Championship will be decided on average points earned, as counties do not have an obligation to play everyone else. They must, however, play nine matches, five of which must be as the individual County. Combined XI victories will see both counties receive the full allocation of points. There will be no SEC Final this season.

The Second XI Twenty20 tournament (SET20) will also feature a T20 ‘double-header’ at The County Ground, Beckenham against Essex Second XI on Monday 25th May.

Should Kent Second XI qualify for the semi-finals of the competition, the SET20 Finals Day will take place at Arundel CC on Thursday, 18th June.

The Second Eleven Trophy 50-over competition, which Kent won in 2019 with victory over Durham at The County Ground, Beckenham, will not take place this coming season.

Entry to all Kent Second XI home fixtures is FREE to all, and tickets do not need to be purchased.