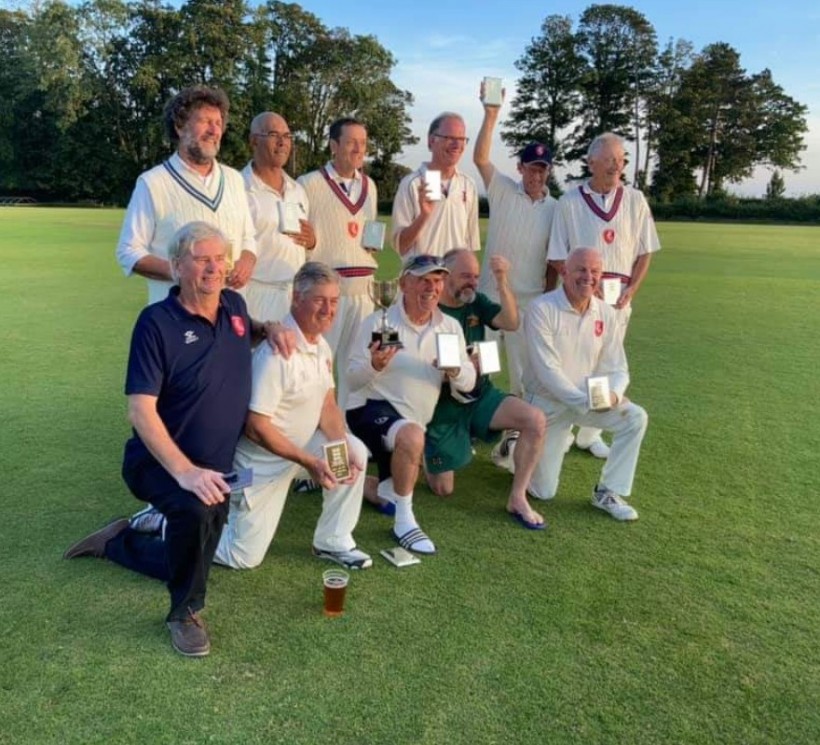 On a beautiful day at a superb location at Great Tew CC in the County of Oxfordshire the final of a long competition took place.

Warwickshire won the toss and elected to bat and Kent took an early wicket with a fine catch by Towe off the bowling of the metronomic Edwards.

Whilst at the other end Andy Meaton, drafted in due to holidays bowled his nine overs for 16 runs. Warwickshire’s Eames (61)  and Daniels (39) batted cautiously until drinks but then took the match to Kent. However in going for big shots both fell within the space of nine runs and Warwickshire wobbled.

However Azam (47) in particular and Evans got Warwickshire back on track but clearly felt that 220 was a competitive score and in taking chances lost wickets on a regular basis and in the space of the final 5 overs lost 6 wickets for 16 runs. Two fine catches from Butterworth and Spelman and five wickets from the reliable Staple saw Warwickshire finish on 188 – 9 perhaps a little below par on a decent wicket.

A decent tea break was allowed and still in lovely sunshine, Kent begun their innings. They lost an early wicket during a fine spell of bowling from Gardner and up to drinks were even more cautious than Warwickshire.

The fight back was mainly led by Butterworth (80) with an innings laced with fine shots, slogs and chances and Skipper Tarrant (34). However Kent were still behind the run rate but Phillips (33) pushed them into a position where sensible batting was enough to see Kent cross the line. Butterworth and Phillips departed and Sawyer and Towe saw Kent home by six wickets with two overs to spare.

Thanks both to Warwickshire and Kent for producing an excellent final on a glorious sunny day.

An excellent game of cricket played in a fine spirit and Umpired to a high standard. Thanks to the Umpires and Scorers but more importantly thanks to the National Championship for once again presiding over a massive Competition comprising of 32 Counties often under difficult circumstances.

Success for other Kent Teams saw the Third Eleven win their League and the Fourth Eleven come Second in theirs. We played about 100 matches and gave a lot of the older brigade cricket in their dotage. 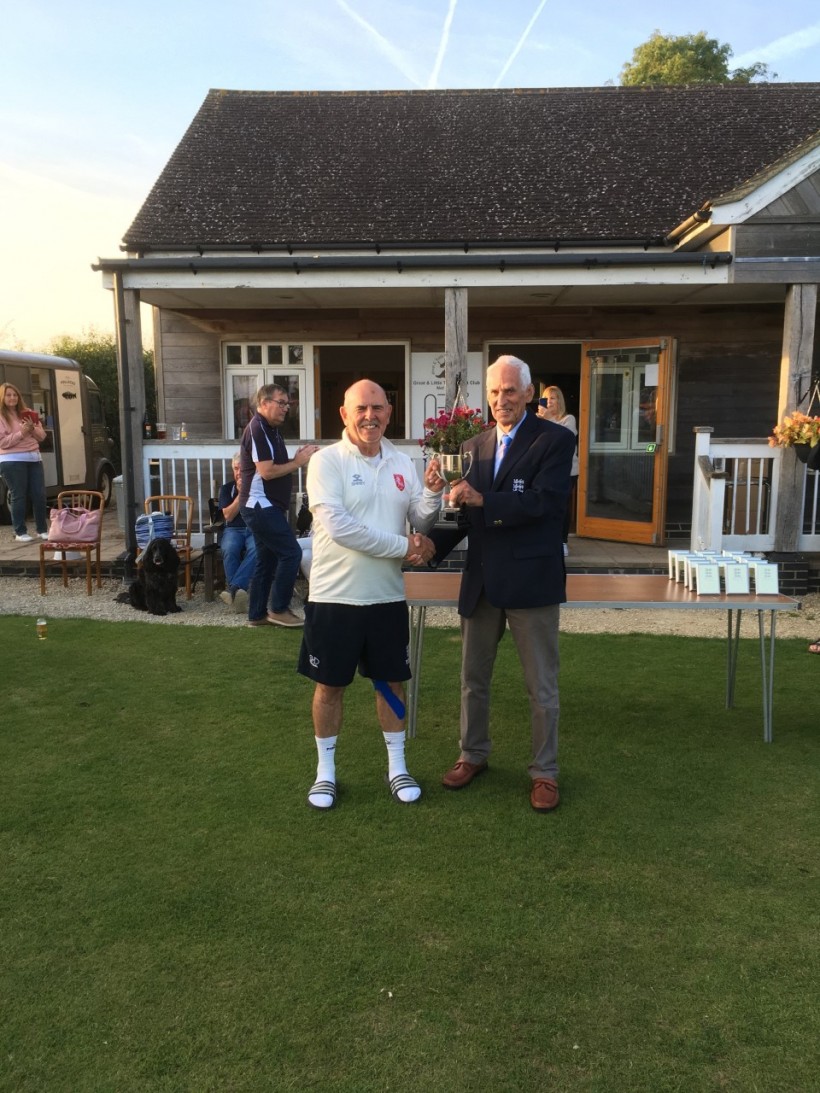