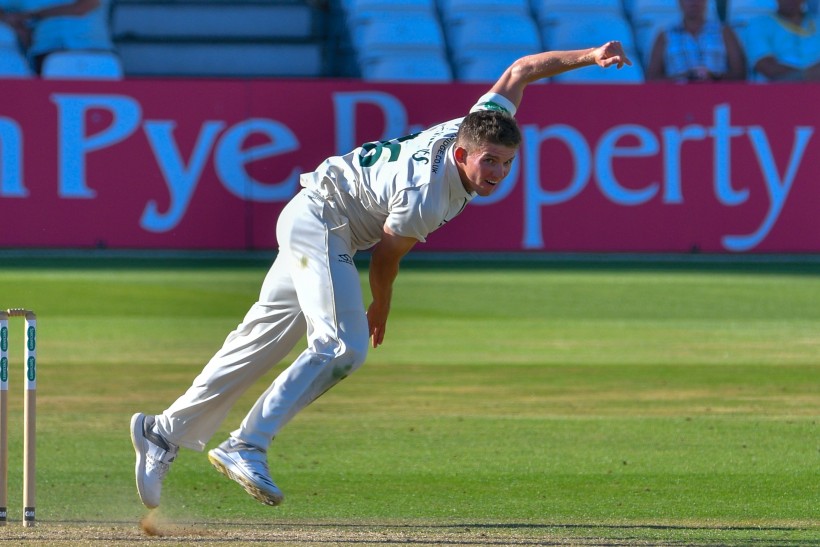 Kent have signed Nottinghamshire seamer Matt Milnes on a three-year contract from the start of the 2019 season.

The 24-year-old initially joined the senior staff at Trent Bridge on a three-month deal in June 2017 before signing a one-year contract at the end of last summer.

Milnes made his Nottinghamshire debut against Somerset in June this season, playing in six First Class matches and taking 11 wickets with a best of 4-44 against Essex, including the wicket of Alastair Cook.

He said: “I’m grateful for the opportunity that Notts have given me and I have loved every second of being involved with my childhood Club.

“I appreciate all the help I have been given to improve my game but feel the time is right for me to move on and I’m looking forward to getting going with Kent.”

Paul Downton, Director of Cricket at Kent said: “We are really delighted Matt has chosen to join us to continue his development in the game, and at a time when we are making progress.

“Since I arrived, my aim has been to build and develop a seam bowling attack that grows to become the best in the country.

“We now have a crop of bowlers here in the squad with some immense potential.

“Matt has a very big future ahead of him and we look forward to welcoming him into the squad ahead of the 2019 season.”

Captain Billings leads from the front