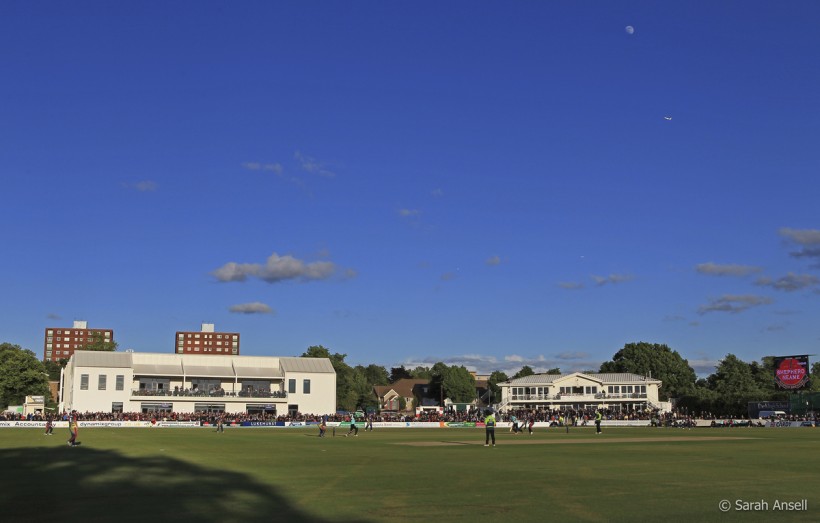 Kent Spitfires welcome Middlesex to The County Ground, Beckenham aiming to complete a 100 per cent win record at their second home.

After successive one-day victories against Surrey and Gloucestershire in June, the Spitfires started the Vitality Blast season in style in BR3 by beating Hampshire.

“We are able to express ourselves, play with confidence and put your foot down from the word go on those sorts of surfaces with a fast outfield.

“Sides perhaps aren’t as used to playing there and for many it’s a new experience so that maybe gives us a slight advantage too.

“We’ve had some success and some great crowds there this summer and the supporters get very close to the action.

“We won’t be taking Middlesex for granted and often teams are more dangerous when they have nothing to lose. No side is good enough to take their foot off the gas or it will bite you in the backside in this competition.”

Middlesex are without paceman Tom Helm with a back injury but Dawid Malan has returned to lead the side after his exclusion from the England Test squad.

See the Spitfires at The County Ground, Beckenham on Sunday (12 August, 3pm) against Middlesex. Gates open at 1pm.

The final home group game is against Somerset at The Spitfire Ground next Thursday (16 August, 7pm). Gates 5pm.

As before, we were expecting these to appear very last on National Rail Enquiries.  Unfortunately, the additional calls are still not shown in NRES, although strangely some other journey checkers do show them.