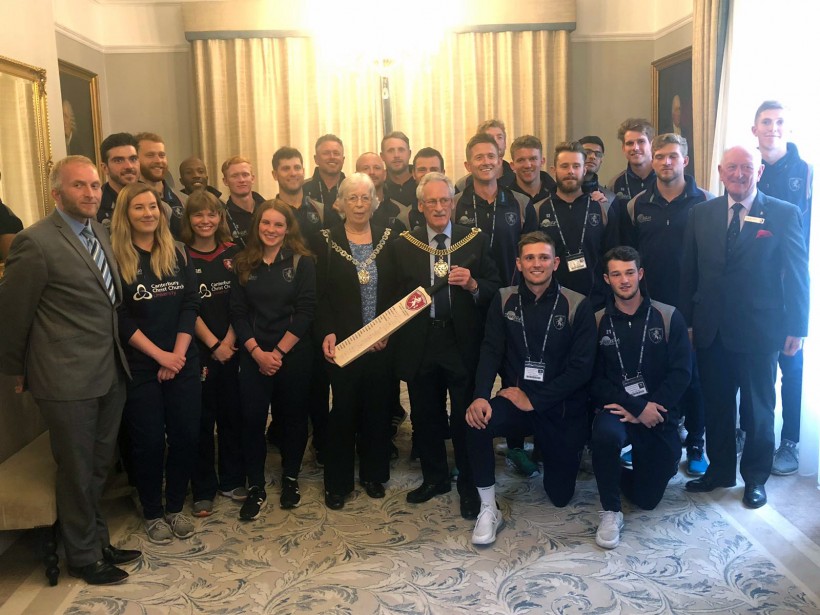 In recognition of the Club’s on-field success in 2018 & 2019, the players, coaches and staff of Kent Cricket were invited to a Civic Reception hosted by the Lord Mayor and Lady Mayoress of Canterbury on Tuesday.

Members of both Men’s and Women’s squads were present as the Club was formally congratulated for 2018’s promotion to Division One and Royal London One-Day Cup final appearance for the Men and 2019’s Royal London Women’s County Championship win for Kent Women.

Men’s vice-captain Joe Denly presented the Lord Mayor of Canterbury, Terry Westgate, with a commemorative bat signed by the 2019 Men’s squad at the reception held at Tower House in the Westgate Gardens in the city.

Both the Lord Mayor and Kent Cricket CEO Simon Storey spoke about the Club’s deep roots in the city of Canterbury and the collective commitment to keep Kent Cricket at the heart of the local community in the future.

Kent CEO Simon Storey said: “It’s a great honour to be awarded a Civic Reception hosted by Lord Mayor & Lady Mayoress Canterbury, and we are very grateful to them for hosting the squad.

“I would like to pay tribute to the whole team on and off the field for their recent achievements in 2018 and 2019, not just our Men’s team but also Kent Women.

“As one of 18 first-class counties in England and Wales, we carry the flag of the County on the national sporting stage and this is a huge honour. We also know that the power of sport can make a positive difference to our community way beyond the boundary.

“We look forward to working in partnership with Canterbury City Council under new Leader, Rob Thomas, Kent County Council, Visit Kent and indeed other organisations across the City and wider County as we seek to deliver cricketing success, and in the process help make Canterbury and the wider county of Kent a great place to live, work, play and study.” 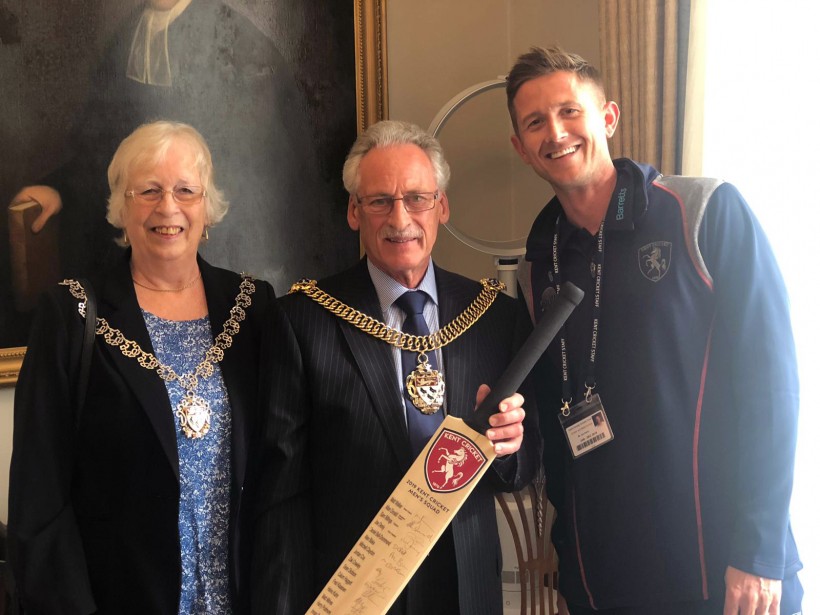