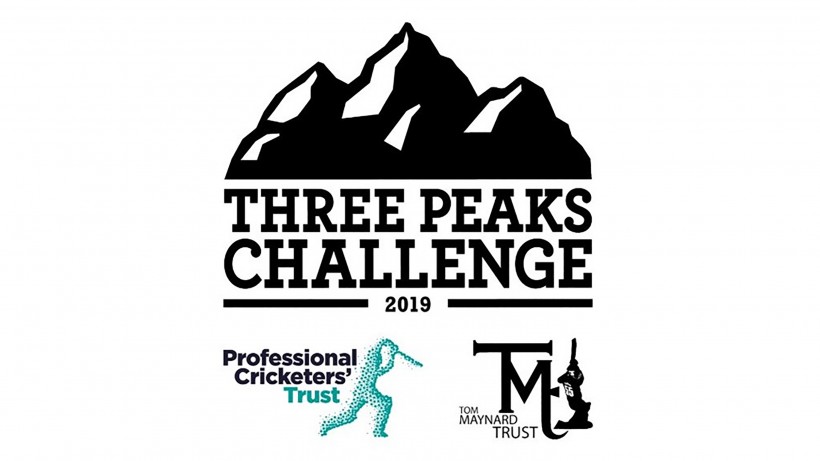 Current and former players met in Scotland ahead of taking on the gruelling walk, which will see fundraisers climb three mountains in three days.

The physically demanding weekend will see 50 supporters summit Ben Nevis, Scafell Pike and Snowdon in the space of three days over the course of this weekend (Friday 11 – Sunday 13 October).

In total, that amounts to 26 miles walked and 3,407m climbed in three different countries.

Argentex, the foreign exchange specialists, have proudly partnered with the Three Peaks Challenge and it will not just be past and present cricketers who take to the mountains this weekend.

Commercial partners, PCA staff, supporters employees from the 18 first-class counties including Kent Cricket’s Venue Operations Manager Anna Spencer are set to give back to the game through the demanding trek.

All money raised will go towards two very worthy sporting charities in the form of the Professional Cricketers’ Trust and Tom Maynard Trust.

The Professional Cricketers’ Trust is professional cricket’s leading charity, which helps current and former players and their immediate families, when they have fallen on hard times. A number of beneficiaries have chosen to speak out about their experience of receiving support from the Trust, and you can find more information here.

Whilst the Cricketers’ Trust supports players during and after their playing days, the Tom Maynard Trust aims to educate young people in the emerging stages of their sporting career.

The organisation aids the development of aspiring sportsmen and women by way of bursaries, provision of equipment and support for overseas placements, amongst other priorities, which include educating young sportspeople of the risks associated to top level sport.

PCA President and former England captain Graham Gooch, who previously supported the Cricketers’ Trust on his Coast 2 Coast walk in 2018, leads the names on taking on the challenge and is joined by four current England Women’s players.

In all, 23 PCA members will gather at the foot of Ben Nevis in the early hours of Friday morning and none more inspirational than Gloucestershire spinner Tom Smith who is taking on the challenge in memory of his late wife, Laura. Earlier this summer, Smith explained his heart-breaking story and the support the Professional Cricketers’ Trust have provided his family. In a recent Instagram post, Smith said:

“The Professional Cricketers’ Trust have supported us as a family by funding a nanny, helping with nursery fees and also providing physiological help to both me and Laura. The past 14 months have been incredibly tough since Laura died and I wouldn’t have been able to get through without this incredible charity’s support.”

One of the Directors of the Professional Cricketers’ Trust is PCA Chairman Daryl Mitchell who knows first-hand why this challenge is vitally important:

“It is eye-opening to see the names of people who the Trust helps out. There’s a lot of guys who I’ve played against over the years as well as many who I’ve played with and have fallen on hard times. I see the amazing work the charity does first hand so it’s a huge and very rewarding part of the role of PCA Chairman to sit on the board of the Trust and see exactly where the money goes. It really does help some very worthwhile causes out there.

“It will be a tough challenge and I’m certainly not a mountain climber or a walker – I tend to do most of my work on flat cricket grounds. I completed Big Bike Ride 3 and the camaraderie of it all got me through so I’m looking forward to the togetherness of the group and spending three days with some really good people while raising crucial funds.”

Matt Maynard founded the Tom Maynard Trust after his son’s tragic passing in 2012 and is taking on his fourth joint challenge between the two charities and he said:

“On Tom’s passing, we set up the Trust in his honour to try and help young sports people live their dream because that is what Tom was doing. It started out with helping young cricketers and it has since spread to education programmes in rugby union, golf, horse racing, netball and football. We concentrate on the start of someone’s career and obviously the Professional Cricketers’ Trust look after players throughout their entire lives.

“Both charities differ a lot in what they offer so it seems a really good fit.

“It will be a tough challenge, but it’s going to be fun and I think the bus journeys in particular could be absolutely brilliant. That’s what I’m looking forward to – a bit of camaraderie like we previously had on the bike rides.”