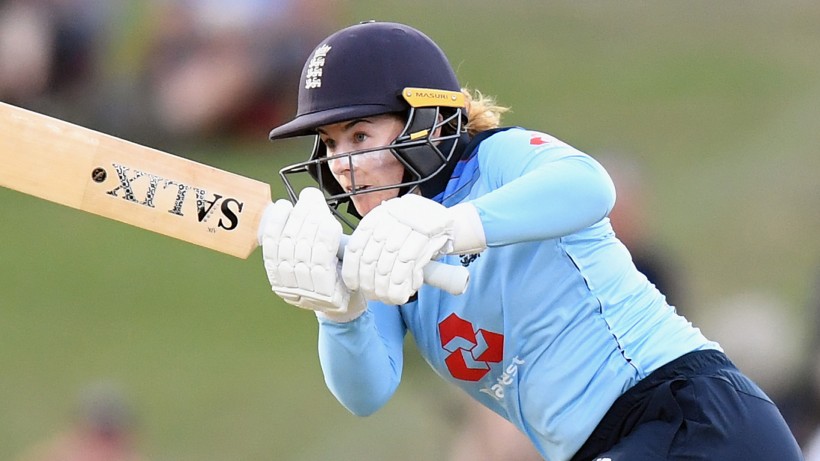 Three homegrown Kent players have been drafted to franchises in The Hundred, which begins this Summer.

Tammy Beaumont, who today scored her 10th ODI half-century for England against New Zealand, will join up with Lord’s-based London Spirit for the tournament.

Kent Women’s captain averages 42.37 (ODI) & 22.29 (IT20) in international white-ball cricket, and her Player of the Match performance in the early hours of this morning will please Spirit & England captain, Heather Knight.

Alice Davidson-Richards heads back up to Yorkshire to play for Northern Superchargers, on the back of several successful stints with Yorkshire Diamonds in the former Kia Super League.

The all-rounder joins a squad boasting the likes of Australia hero Alyssa Healy, and will be coached by England 2017 Women’s World Cup winner Dani Hazell, who has previously worked with ‘ADR’ at the Diamonds.

Daniel Bell-Drummond earns a place in Birmingham Phoenix’s squad after a destructive 2020 Vitality Blast, as well as impressive performances overseas in both T10 & T20 cricket this Winter.

The third Kent Cricket Academy product to be drafted today heads to Edgbaston with a T20 average surpassing 30.00, and importantly for the 100-ball format, a career strike-rate of 133.75.

The Hundred is a new 100-ball competition that is designed to throw open cricket’s doors to everyone.

It will be screened live by Sky Sports and on free-to-air television and radio by the BBC.

The fixtures for The Hundred were published earlier today and in a sporting first, the competition will launch with a women’s fixture as the headline act.

Club Statement: Roadmap out of lockdown

Hathrill enthused by state of women’s cricket in Kent