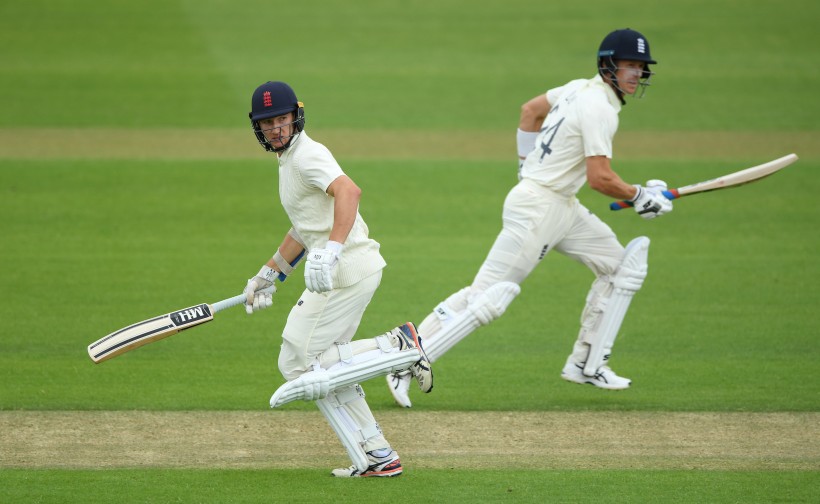 England’s leading red-ball players went head to head yesterday, in day one of a rare intra-squad match at the Ageas Bowl, with Kent’s Zak Crawley and Joe Denly both in action.

The Kent teammates are on opposing sides in the Team Stokes vs Team Buttler warm up clash.

Joe Denly, batting at No 3 for Jos Buttler’s side, made 48 off 102 balls. Denly and Bracey put on 98 for the second wicket, with both men striking straight sixes off Jack Leach. The latter brought up his half-century by successfully taking on Moeen Ali for a quick single.

Gloucestershire’s Bracey batted diligently at the top of the order, reaching 85 in 194 balls to make good on an opportunity few would have forecast at the start of the summer, while heavily-touted Essex batsman Dan Lawrence turned in a sparkling 58.

Already a two-time county champion, and scorer of a century in the Lions’ victory over Australia A in Melbourne over the winter, he scored his runs with an unmistakeable swagger in 83 deliveries.

In bowling terms, the 18 overs sent down by James Anderson will probably have the most impact on England’s immediate plans. The country’s record wicket-taker has not played since breaking a rib during the New Year Test in Cape Town, but looked reliable and fit as he returned two for 49.

The remaining wickets fell to the Overton twins, both of whom turned in impressive performances as they jostle for position in a packed seam attack.

Craig Overton got the first wicket of the day, finding Rory Burns’ outside edge in the morning session, and had Ollie Pope lbw for 25 in the evening. Brother Jamie was not initially included among the 27 players taking part, added to Stokes’ side only after Olly Stone reported a tight hamstring.

The younger Overton added some heat to the line-up after tea but got slightly lucky when Bracey flicked a leg-side delivery to the waiting Ben Foakes while in sight of a century.

The 23-year-old had been given a life early on, edging Craig Overton on 14 only for Stokes to parry the chance at second slip. He put that chance swiftly to one side, shaping up well against Anderson to reach 33 not out in a lunch score of 70 for one.

Lawrence scored just 10 more runs but did it with greater aggression and purpose, whipping Leach over midwicket for six, repeatedly getting the better of a battle against Moeen’s off-spin and dominating a stand of 53 with the settled Bracey.

Both had cause to regret their dismissals, Bracey feathering Jamie Overton off his pads after being forced back by the short ball and Lawrence’s ambition getting the better of him as he flicked Anderson to midwicket.

Jos Buttler (24*) and Sam Curran (15*) combined to see their side to stumps without further loss.

The Spitfire Sessions: The Art of Wicketkeeping