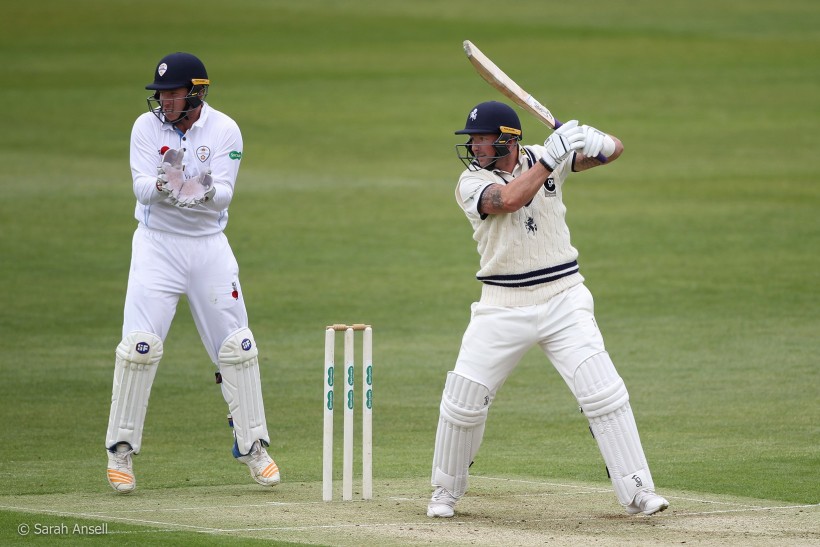 The push for promotion hots up as fourth-placed Leicestershire visit The Spitfire Ground with Kent keen to extend their advantage over the chasing pack in second spot.

Past players will be in attendance for the Specsavers County Championship match in the 167th Canterbury Cricket Week.

Kent could name an unchanged team from the side that comprehensively defeated Middlesex by a record margin last month, writes Ben Carpenter-Friend.

A refreshed bowling attack welcomes back Darren Stevens against his old club as well as Harry Podmore, Grant Stewart and Ivan Thomas.

Kent bowlers Harry Podmore and Grant Stewart both took six-fers in the Middlesex encounter; Kent still have plenty of sting in their bowling attack.

Currently Kent sit a single place (21 points) above Leicestershire. kent are in second having won five of their seven games.

Head coach Matt Walker said: “It’s a big game. We are in a good position, sitting second and have won a lot of games.

“The most challenging thing is adapting our mindset from the fast, hectic T20 style to approach four days.

“We need to maintain the disciplines that we have showed so far. We’re all in the same boat but we can go in with confidence.

“Leicestershire are a dangerous side. They’ve made a few changes and I know Paul Nixon has done some very good things with a talented group of cricketers.”

Leicester’s batting is evidently stronger than previous years; Colin Ackermann who occupies the number three slot, is fourth in the division two averages (68.90) having scored 689 runs in the competition so far.

He scored a career-best 196 not out against Middlesex and an attack consisting of Test bowler Steven Finn and Irish international Tim Murtagh.

The visitors could welcome back fit-again wicketkeerper Ned Eckersley and pacemen Zak Chappell and Dieter Klein. 21-year-old opener Harry Dearden could also return after suffering concussion in the last Championship round.

Kent Cricket Heritage Trust have put together a display commemorating the 1978 B&H Cup Final which will be on show in the Chiesman Pavilion for the entirety of the 2018 Canterbury Cricket Week.

Podmore: I want to be an all-rounder