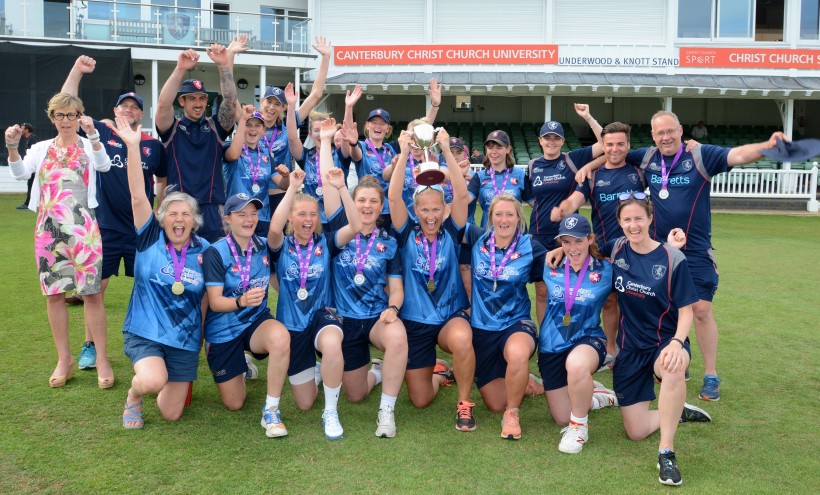 Kent Women won yet another tournament as they topped the final standings in a series of distance running challenges between the southeastern counties.

The Horses defeated their Middlesex counterparts by 2.33km to jump up to the top of the table and secure supremacy over the Lord’s based county, Essex and Surrey.

Each participating Kent Women star ran for as far as they could for for 30 minutes. Each player reported the distance they ran to create The Horses’ team total.

This was then be divided by the distance between Kent and Middlesex’s home grounds, The Spitfire Ground, St. Lawrence and Lord’s respectively. The final results in Kent Women’s ‘matchday’ were as follows:

Kent & England icons sign up for ‘The Spitfire Sessions’