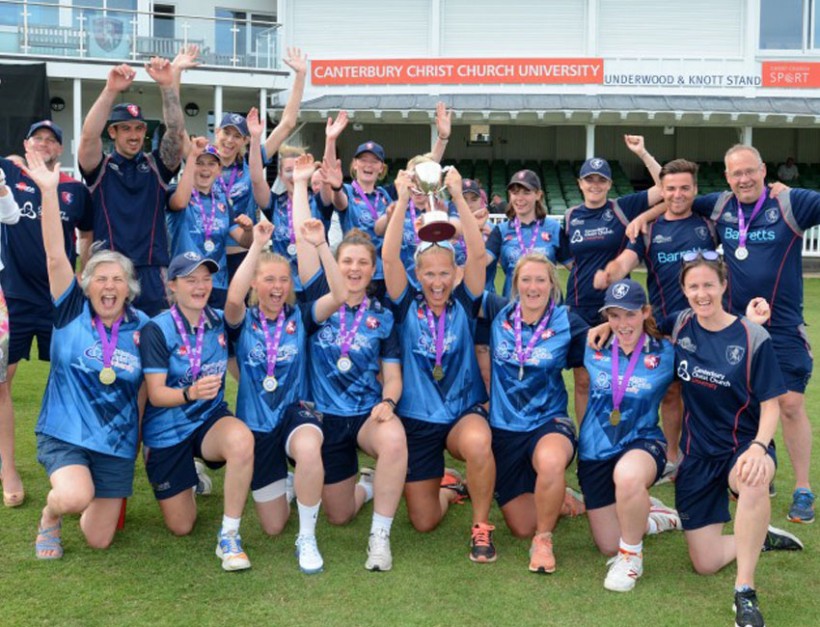 Kent Women have secured another title over the weekend, as they recorded an outstanding combined squad time, beating oldest rivals Surrey, in the final of the Virtual London 2K challenge.

The running challenge between the south-eastern counties, saw 12 members of the squad, plus a guest runner, run a 2-kilometre distance, flat out, to try and achieve the quickest combined time.

The Kent Women were captained by Tammy Beaumont and enjoyed two guest runner appearances during the competition. Former Kent wicketkeeper and 2005 Ashes hero, Geraint Jones, joined the Horses to secure a win over Essex, with Kent and England’s Zak Crawley occupying the guest runner spot in the final.

Kent took victory with an astonishing time of 105.04 minutes, beating Surrey by over 12 minutes, as the Horses rivals recorded a combined time of 117.13 minutes.

Kent Women’s Head Coach, David Hathrill said “I could not be prouder of the team. This is the second running title that the Kent Women have secured during lockdown, after winning the longer, Championship format of the event.

“What is really pleasing to see is the outstanding times that were posted from everyone involved. It is testament to the  squad who have all been working really hard on their fitness during lockdown and hopefully when cricket returns, this will positively impact our game.

“I’d also like to thank both our guest runners, Geraint Jones and Zak Crawley for being involved with the competition and both posting great times!”

Meanwhile, in the 3rd place playoff, Essex clinched victory over Middlesex, beating them by just under 5 minutes.