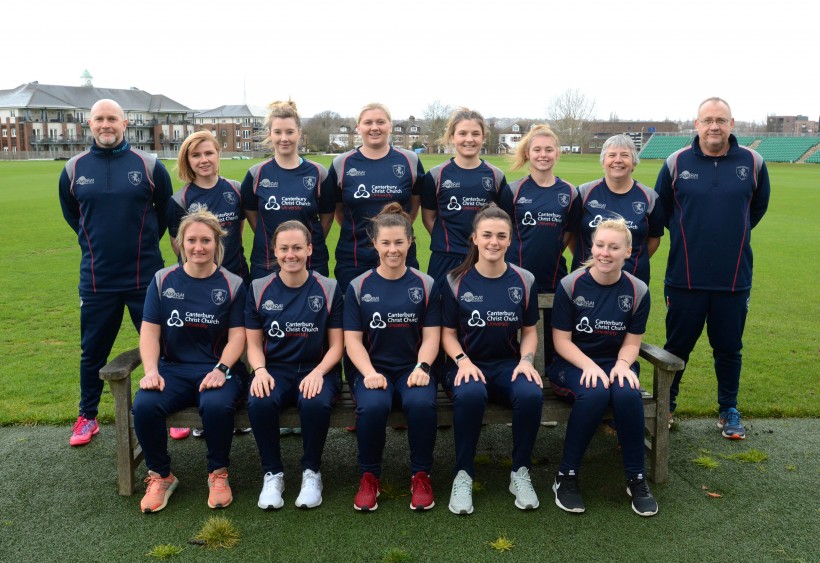 Kent Women made it four wins out of four in the Royal London Women’s County Championship with a three-wicket win over Hampshire Women at Polo Farm in Canterbury on Sunday.

Fran Wilson hit an imperious 74 runs from 75 deliveries including 13 fours, and Maxine Blythin finished Kent’s run chase 51* as the hosts chased down Hampshire’s first innings total of 233/6 in 47.4 overs.

After winning the toss and choosing to bat first, Hampshire lost two early wickets when Charlie Dean and Katie George were both dismissed LBW without scoring by Tash Farrant and Josie Penfold respectively, as Hampshire at one stage were 9/2.

Maia Bouchier (64) and New Zealand international Suzie Bates (63), who played for Kent as an overseas player in 2016, both gave stubborn resistance to ‘The Horses” bowling attack, with the top highest scores for the visitors.

Tash Farrant was once again in the wickets for Kent with figures of 10-1-33-2, with medium pacer Josie Penfold also taking 2/30 in six overs.

In reply, Kent got off to a difficult start as Davidson-Richards was bowled by Bouchier for a first ball duck, bringing England teammate Fran Wilson to the crease with opener Tammy Beaumont.

The two internationals put on a second wicket partnership of 122 runs before Beaumont was trapped LBW by Charlie Dean, departing for 39 and very soon after Wilson (74) followed, caught behind from the bowling of Charlotte Taylor.

Blythin and all-rounder Laura Marsh helped steady the ship for Kent, putting on 72 runs together before Marsh was also caught behind, this time from the bowling of Katie George.

George would go on to take four wickets for Hampshire as Kent’s chase was put under major pressure, dismissing Farrant (ct Bouchier for 3), Izzy Cloke (b for 0) and Lauren Griffiths (LBW for 5) before Blythin and new batting partner Chelsey Rowson saw Kent home in the 48th over, ending on 235/7.

Kent Women’s victory keeps them at the top of the Royal London Women’s County Championship table, now the only team with a perfect record this season.

The Horses next face the test of an away trip to third-placed Yorkshire (W3 L1) next Sunday.