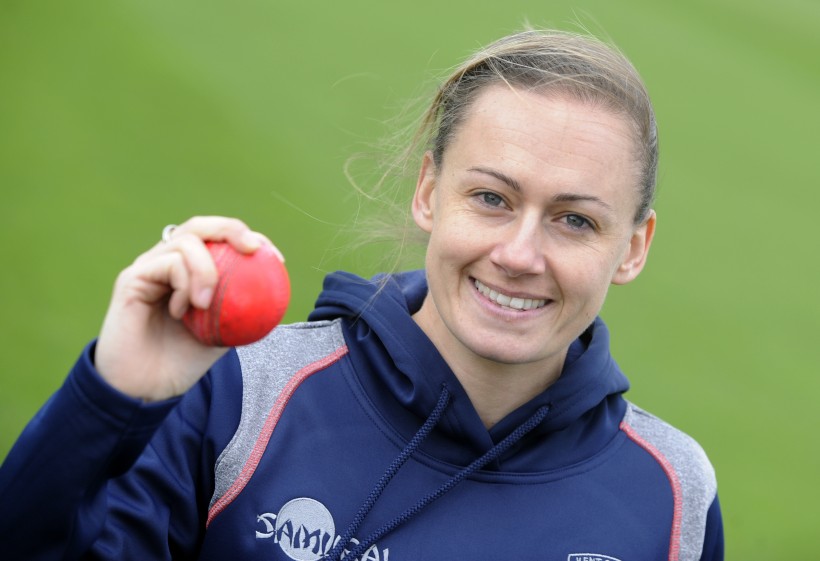 Laura Marsh scored a half century in one game and took a fiver-fer in the other as Kent Women sounded an ominous warning to their Division One rivals with back-to-back wins to begin the Royal London Women’s County One-Day Championship.

The seven-time champions got full service from their England stars as they first defeated Nottinghamshire by 49 runs before overpowering Warwickshire by seven wickets over the Bank Holiday weekend.

Facing Nottinghamshire on Sunday at Polo Farm in Canterbury, Notts put Kent in to bat first and the ‘Horses’ top five put on 137 runs between them. Alice Davidson-Richards scored 35 and Maxine Blythin scored 43, with England all-rounder Laura Marsh top-scoring in the first innings with 55 not out as the Kent Women put on a total of 192 in their 50 overs.

Tash Farrant then worked wonders in her opening spell, taking both of Notts’ opening pair within the first five overs.

After scoring a half century on Sunday, 24-hours later all-rounder Laura Marsh claimed five wickets as Warwickshire were dismissed for 232 after winning the toss and electing to bat first.

Marsh picked up the key wicket of England team-mate Amy Jones (67), who shared a 107-run opening stand with Bethan Ellis (74), who also fell to Marsh. Kathryn Bryce (0), Thea Brookes (31) and Gwenan Davies (2) were also dismissed by her as Marsh ended her ten overs with figures of 5/36.

Tammy Beaumont (87) and Fran Wilson (83) made light work of the target to rush Kent to victory with 9.2 overs to spare at Beckenham.