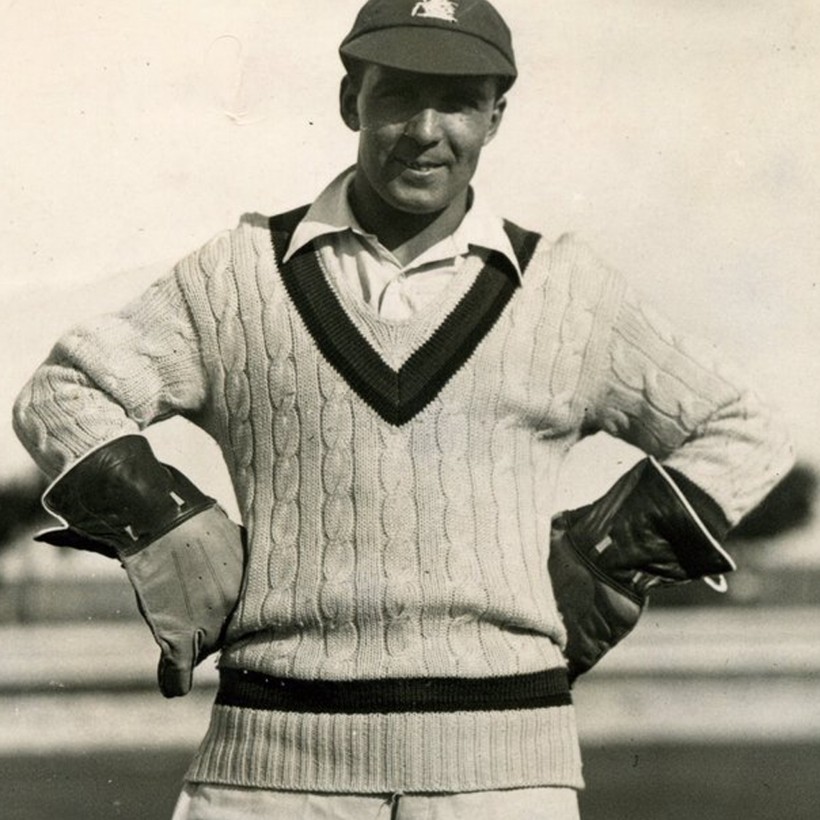 This article, written by Scyld Berry, was originally published by The Daily Telegraph. You can read the full story here.

Like a ship in Chatham dockyard, Kent’s 150th celebrations were launched in style on 4 March in the nave of Canterbury Cathedral, attended by 800 people.

A roll of honour, mentioning all the great and good cricketers who have represented Kent, was sung as a psalm by the choir. And the county’s past, present and future deserve to be celebrated, even if this season is the first unplayed since 1945. “Thou art good Kent,” the Bard said verily in King Lear.

The thanksgiving service in Canterbury Cathedral was not tainted with anything so vulgar as statistics, but a few will support the contention that the cricket fields of Kent have been as fertile as those of any other shire.

The style has matched the statistics. Running through the annals of Kent has been a yearning to be the most dashing or gallant or cavalier of all the counties – even more so than Hampshire, whose swashbuckling captains have usually had a dour medium-pacer to give them control. This is not to say that Underwood would float the ball up outside off-stump and say “hit me”, for Kent has had its leavenings of earthy professionals.

Kent have enjoyed two golden ages – at the end of the Edwardian era, when they won the championship four times, and the 1970s, when they won it twice along with various limited-overs trophies. In both of these eras they had batsmen who would charge like knights in shining armour, whether Mr KL Hutchings (as the scorecards termed him, not “Ken”) and Frank Woolley, or Asif Iqbal and Colin Cowdrey.

Dashing batsmanship has been difficult on the slow seamers at Canterbury in recent years (they have enabled Darren Stevens, at wobbling medium-pace, to take 215 first-class wickets at 25 there, after six wickets at 67 for Leicestershire). Yet the spirit is still willing: for Hutchings read Sam Billings, the present captain, who must be a jolly good egg to play under.

As proof of their morale, orchestrated by Billings as zestful captain and wicketkeeper, Kent’s fielding is as good as any side in the land.

As part of Kent’s campaign to maximise the county’s resources, under the title of Raising Standards, the groundsman who produced belters at Beckenham has transferred to the St Lawrence ground, Adrian Llong. So the subliminal message behind the slogan may soon come clearly into focus, and Kent’s batsmen will again lower their visors, raise their standards and charge down the pitch to cover-drive.

Even now, two of England’s specialist batsmen come from Kent. Joe Denly has done his holding job well at number three, although he seemed to be going through a mini-crisis of confidence by the end of the South Africa tour. Having started in Test cricket with dashing cover-drives, he gradually dropped down to first gear by Port Elizabeth and Johannesburg, rather than settling on a tempo in between.

Last winter Zak Crawley grew – although he started at 6’ 5” – in leaps and bounds. At the start of the South Africa tour he flapped at short balls; by the fourth Test in Johannesburg he was nailing his hooks. Anyone who can learn so quickly on the job, and bring such a calm temperament to bear on opening a Test innings aged 21, has a long future ahead, though it might be in Denly’s place at number three.

Last year Kent were widely expected to go straight back down into the second division but finished fourth in the first. Here was proof that they are making much of their resources under a newly created director of cricket, Paul Downton, who had kept wicket for them in his youth before accepting he was not going to displace the incumbent. This was Alan Knott, who would still be the wicketkeeper-batsman for England’s All-time Test XI in the eyes of many selectors; he might even keep Adam Gilchrist out of the World’s All-time XI if the match v Mars were to be staged on an uncovered pitch (not that rain would be expected in the away fixture).

Splendid batsmen and spinners and above all wicketkeepers: Kent has added lustre to England’s inventory. Not so much fast bowlers: they have therefore shopped shrewdly for those who were not household names, and by bringing Harry Podmore from Middlesex and Matt Milnes from Nottinghamshire, they found a pair of pace bowlers who took more than 50 wickets each last season and kept them in the first division.

Kent’s league structure seems sound: ten clubs, five of them inside the M25, so their portion of South-east London is not ignored. Their wish to be diverse, and relevantly so, is evident in their registration of the Afghan offspinner who had briefly played for Derbyshire, Hamidullah Qadri: and their T20 signing was to have been Mohammad Nabi.

Cricket family is ‘Together through this Test’ during lockdown