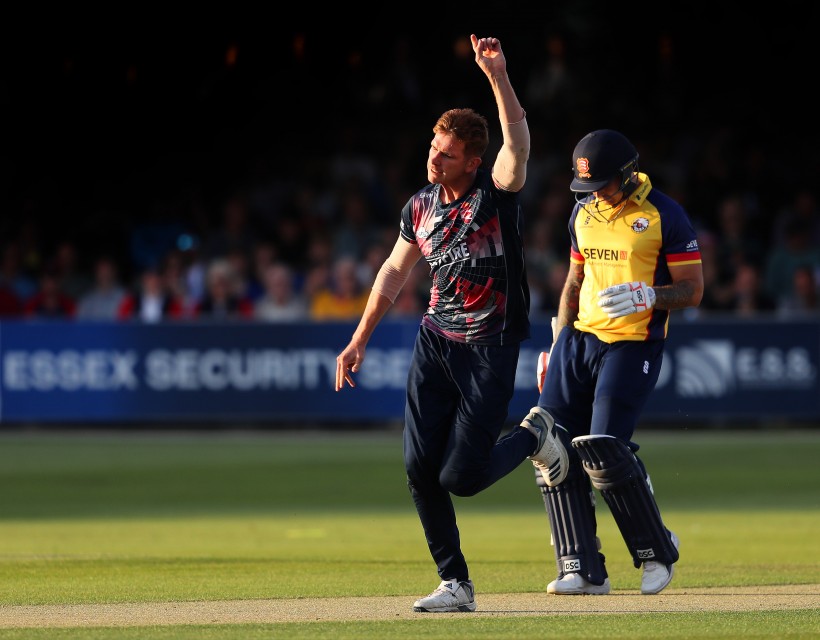 Kent Cricket is pleased to announce that Fred Klaassen has signed a one-year contract extension.

The Netherlands international joined the club ahead of the 2019 season on a two-year deal, but will now remain with the county until at least the end of the 2021 season.

Bowling left-arm seam, Klaassen made his County Championship debut as a Kent player against Yorkshire in May 2019, claiming his first first-class wicket, that of former England Test batsman Gary Ballance.

His dogged batting as nightwatchman during Kent’s second innings in that match, alongside Daniel Bell-Drummond, saw him face 113 balls from the raw pace of Yorkshire’s attack that included Duanne Olivier. When he was finally dismissed, Klaassen received a standing ovation from both sets of supporters.

Klaassen featured for Kent in all three formats last season, taking 21 wickets in 22 matches. His best figures for Kent so far came at the Kia Oval against Surrey in the One-Day Cup, taking 2 wickets for only 17 runs, with 24 dot balls, in 6.2 overs.

He was also a part of the Netherlands side that qualified for this coming Winter’s T20 World Cup in Australia.

On extending his stay at Kent, Klaassen said: “I’m really enjoying my cricket here at Kent – It’s been a different pathway in terms of the usual cricketing professional, but I’ve enjoyed it all the same.

“I’m really pleased that I was able to play a part across all three formats for Kent this year in my first season at the club. All I can do is keep improving my game and continue to contribute to this talented side.”

Kent’s Director of Cricket, Paul Downton, said: “Fred gives an extra dimension to our attack with his left arm seam. He is a quick learner and made significant progress last year playing a part in all our Vitality Blast matches.

“I’m delighted that Fred will be with us until at least  the end of 2021. I have no doubt he will continue to  improve his skills and become a more and more influential player for both Kent and the Netherlands.”