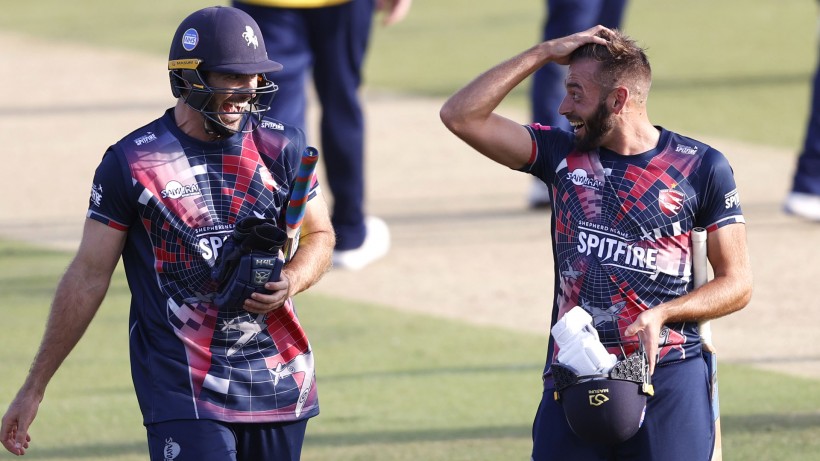 Be there to support the Spitfires at the beginning of this year’s Vitality Blast – match tickets for Kent’s matches against Hampshire Hawks, Middlesex, Gloucestershire and our Battle of the Bridge clash with Essex Eagles are now on General Sale.

It’ll be 650 days since The Spitfire Ground, St Lawrence last had a live crowd in T20 cricket, and after a Quarter Final Blast campaign in 2020 without spectators, 2021’s edition of England’s premier T20 tournament promises to have more drama, excitement and high quality cricket than ever before.

Darren Stevens could be in line to play his first T20 match for the Spitfires since 18 August 2017 after being named in Kent’s squad of 14, and Spitfires stars such as Jack Leaning and Nathan Gilchrist are yet to experience the buzz of a T20 crowd at The Spitfire Ground.

Fireworks are guaranteed when Kent play Middlesex, with a rivalry dating back as far as the 2008 Twenty20 Cup Final. Middlesex may have been victorious then, but matches between these two sides are always hotly contested – a narrow two-run win for the visitors at The Spitfire Ground last time round came after a thrilling tie at Lord’s last August.

Click here to purchase tickets to Kent Spitfires vs. Middlesex >>>

A newly-emerging rivalry against Gloucestershire may boil over at The Spitfire Ground as Kent will be looking to get their first victory over the Bristol-based side since 2016. Matches against Gloucestershire are always riveting, with the latest encounter ending in a narrow 5-run win for Glos in front of the Sky Sports cameras.

Click here to purchase tickets to Kent Spitfires vs. Gloucestershire >>>

For many, the Battle of the Bridge is Kent’s biggest rivalry. Despite the Eagles having won the Vitality Blast in recent history, Kent completed ‘the double’ over their cross-Thames rivals in 2020, and the Eagles will want to prize back the Mike Denness Shield over the course of this tournament.