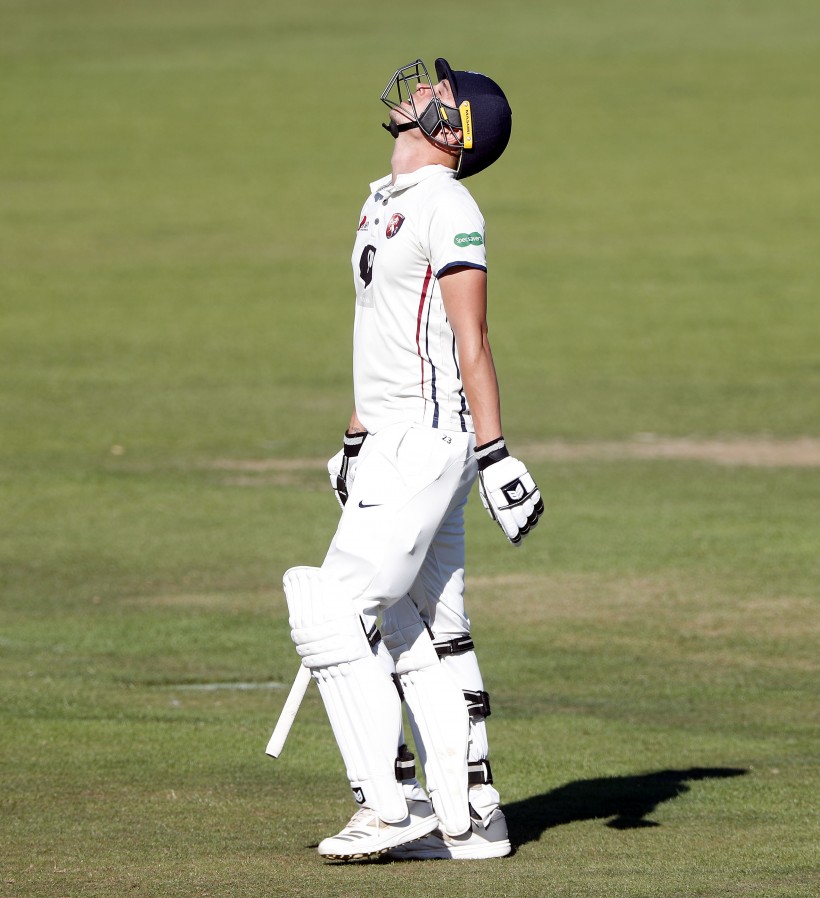 Kent suffered their second Specsavers County Championship of the season as Leicestershire won by 10 wickets at The Spitfire Ground.

Having conceded an 125-run first innings deficit, Kent lost Daniel Bell-Drummond before lunch and, despite an improving pitch, faired even worse after the resumption to lose their last seven wickets for 66 runs inside 20 overs.

Kent’s second wicket-partners Sean Dickson and Heino Kuhn dug in to add 71, until Kuhn’s stay for 29 ended when he pulled a short one from Gavin Griffiths to Mark Cosgrove at mid-wicket.

Joe Denly helped Dickson to take Kent’s total into three figures before he pushed outside a Neil Dexter off-cutter to depart lbw for a fluent 24.

Dickson also went before tea, having posted Kent’s only half-century of the match from 63 balls he walked outside off stump against Ben Raine to edge a defensive push to the keeper and go for 59 – the second top score in the match.

The opener, however, backed Kent to bounce back from the defeat, saying: “We have shown all season how we stick together. Cricket is a funny sport when it comes to winning and losing and days like this, we will just want to forget.

“But we are a strong, goal-driven unit, and we will bounce back from these two disappointing days. Come the next four-day game, Kent will be up for it … make no bones about that.”

Abbas, who came into the game nursing a side strain, bagged three for 18 in 34 balls while Chappell, the wiry blonde-haired right-armer snared three for 11 in nine balls as Kent seemingly lost their will to bat.

With the game all but beyond them, Kent’s attack served up nine boundary balls thereafter to allow the Foxes to chase their win with six sessions of the match still in hand.

Leicestershire’s valuable first innings lead was due in large to Ned Eckersley’s gritty 79 – the top score of the match. Fresh from taking five catches behind the stumps for on day one, Eckersley reached the 50 milestone in a shade under three hours, from 125 balls and with six fours as Kent took an hour and 50 minutes to claim Leicestershire’s last four first-innings wickets.

The hosts made their first breakthrough of the day after 50 minutes’ play and through Grant Stewart’s sixth ball of the day that lifted and left Chappell and grazed the outside edge for Sean Dickson to snaffle a throat-high catch at slip.

Mitch Claydon replaced Harry Podmore at the Nackington Road End, and also struck in his first over having Callum Parkinson caught off the gloves from a leg-stump lifter by keeper Sam Billings.

With the second new ball approaching, Kent gave an experimental over to opening batsman Daniel Bell-Drummond, who came up trumps for the hosts by ending Eckersley’s four-hour stay with his second ball of the match.

Attempting a back foot force to a shooting away-swinger, top-scorer Eckersley dragged the ball on to off stump to go for 79 from 169 balls with 10 fours.

Claydon duly polished the job off, uprooting the leg stump of Abbas as the tail-ender smeared across the line leaving Kent to bat a tricky eight minutes through to the lunch break.